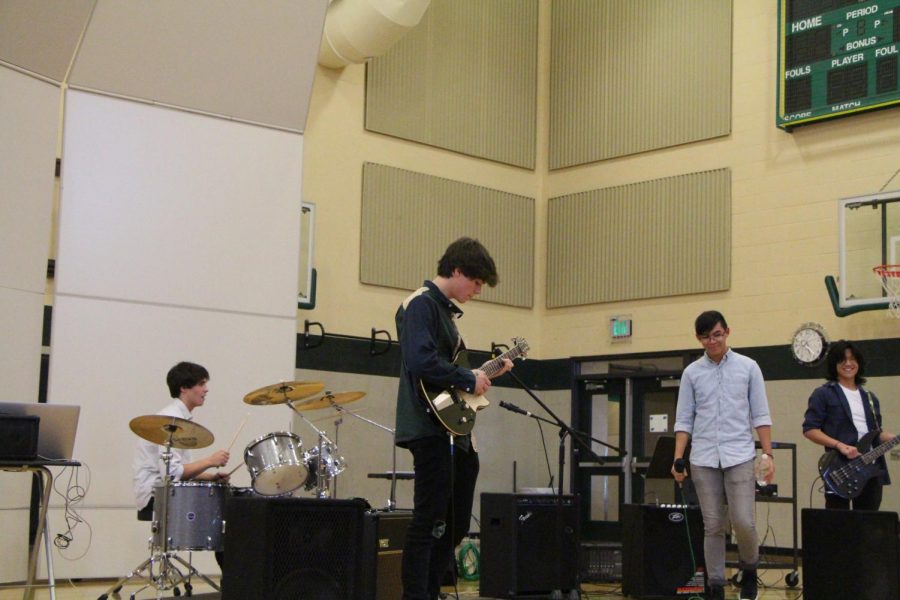 Peripheral Flow performs covers of “Island in the Sun” by Weezer, “Someday” by the Strokes and more. The band features juniors Jackson Monahan, Daniel Monahan, Matt Chao and Wilfred Lim.

Music as a creative artform is dying and needs to be saved.

Okay maybe that was a little too over the top, but really, am I all that far off?

Turn on the radio, listen to a few songs and think to yourself, “what sets these apart from each other?” probably not much.  And sure, somebody like Ed Sheeran sounds completely different than Cardi B; but for one Cardi B, there are fifteen other people that sound like her, for every Ed Sheeran there are fifteen other people who sound the same.  Even some indie music, the place where a change in music takes root, has fallen into the trap of homogeneity, take SoundCloud rap for example. This can really end up hurting music in the next couple of years because it discredits creativity in favor of what is popular.

I used to think that music couldn’t be possibly saved, that was until a week ago when I did an article on the music scene at West Linn high.  The love and desire to make something that stands out in the endless sea of music made me realize that there is still hope. The thing that really stood out to me was the freshness of everything.  Every album, every E.P. or demo that I was shown for that article sounded different. Now there were obviously some things I liked more than others, but I know that every one of those artists can find an audience who would appreciate them.

Simply having people record music that is different won’t save music.  I alluded to the fact that everyone who I listened to would be able to find an audience, so going off that the audiences themselves have a part in saving music.

Because people listened to it.  That’s how music can be saved if you’re annoyed at the direction that popular music is heading then listen to the music that is less known.  And I’m not saying that it’s the best thing out there, but I can guarantee you’ll find something you like and that these musicians can really change music in the future.