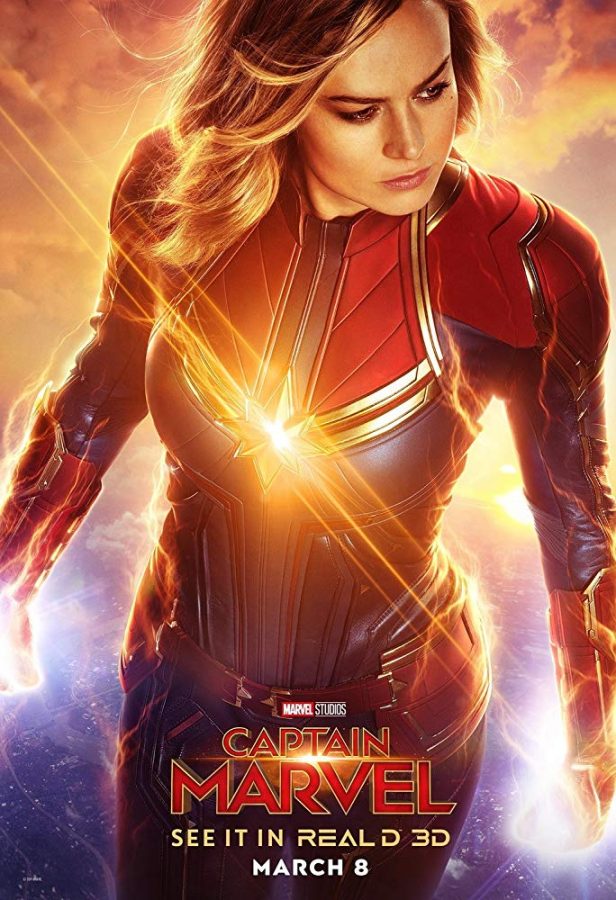 “Captain Marvel” is the newest Marvel movie, set to be released in theaters on March 8. The movie is a spin off of the “Captain Marvel” comics first written by Stan Lee and designer Gene Colan in December 1967. The movie features Brie Larson, playing the main character Carol Danvers, or Captain Marvel.

With only the trailer being released so far, and already speculating a nearly $150 million opening night, the movie has given Marvel fans something new to be excited about or be disappointed with.

Many fans are curious as to the connection to the previously made Marvel movies, “Infinity War,” and “Endgame.” And as always, fans are wanting to see the connection between the comics and movies.

“I’m excited to see what they included in the movie from the comics, and what they didn’t,” Kathy Jordan, sophomore, said. She has been an avid fan of the Marvel movies and comics since she was young, and is especially excited about the new movie.

However, many Marvel fans, especially seen on the movie review website Rotten Tomatoes, have made negative comments about the movie. The comments had mainly expressed distaste with the main actress, Carol Danvers. People had criticized Marvel for filming a movie with a lead female lead, and had also reacted negatively to Danvers’ reaction to the “overwhelmingly white male” cast.

‘People had also made both negative and positive discussions about the retro-themed “Captain Marvel” website launched on Feb. 9.

“I’m excited to see the movie,” Jordan said. “I’ve always been a really big fan of Marvel comics and movies ever since I was young, so it’ll be pretty cool to see it.”