A critical look at the young adult classic 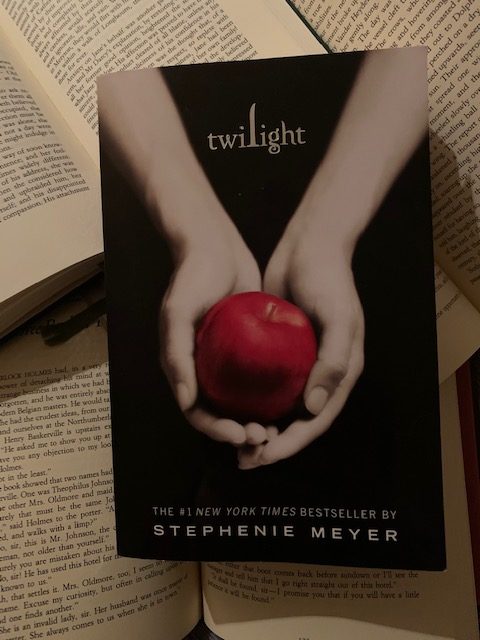 'Twilight' tells a story of a girl trapped between two worlds, the real one and the one of the boy she loves.

Published in 2005, Stephenie Meyer’s debut novel, “Twilight”, instantly secured the attention of fans of forbidden love stories, providing the classic trope with a twist. With the recent release of “Midnight Sun”, readers are falling back into the world of “Twilight”. With a unique concept and an easy-to-follow storyline, “Twilight” had the potential to be a captivating young adult story that shows the humanity behind even the scariest of monsters, but ultimately leaves something to be desired.

One of my biggest complaints about this book is it is packed with an abundance of detail that feels suffocating at times. Meyer spends too much time providing details about what Bella cooks for dinner and not enough time developing a personality for the story’s protagonist. Both Bella and Edward had the potential to be characters who you want to root for. Instead, readers were left reading about two-dimensional protagonists with severe attachment issues and an inability to communicate.

A major component of the novel’s continued relevance is nostalgia. Some readers may fall back into the story to escape to simpler times when they first arrived in Forks in the passenger seat of Charlie’s police cruiser. Others are intrigued by the reputation that precedes the infamous young adult series, eager to experience the story that made us familiar with Kristen Stewart and Robert Pattinson.  This however does not excuse the lack of plot and negative real-world consequences of the novel. The world that Meyer created is severely lacking in diversity, and she in no way makes up for it with her representation of the Quileute tribe. Not only is the representation of Indigenous people as inhuman creatures overtly racist and offensive, but Meyer also failed to provide any royalties to the tribe, despite their mythology and culture being exploited for her story.

Bella Swan is the classic young adult protagonist who is “not like other girls”– she’s worse. Much like every other element of this story, Bella had the potential to be great, or at least better than she was.  She went from being an independent-minded and intelligent individual to someone who is irritable and overly dependent on a guy who she just met. I thought Bella was a promising character who provided interesting narration of the world around her, and she was before Edward Cullen came into the picture. Bella had so much potential but ultimately missed the mark. On the other hand, Edward was unlikeable from the beginning. The lack of character development beyond what color his eyes were on any given day made me dread any mention of the sparkly and mysterious vampire.

One of the few elements of the story that I found interesting was learning about the Cullen family. Meyer took the folklore of a monster that has been relevant in media since “Dracula” was published in the 1800s and added a unique and modern spin to it. I also found that Bella’s interactions with Edward’s family made her a more likable character. Characters like Alice and Carlisle made the story more bearable. The Cullen’s are also responsible for providing a plot to an otherwise lifeless and aimless love story. And who doesn’t love a game of vampire baseball? It is America’s pastime after all.

Though not completely lacking in enjoyable qualities, “Twilight” is an impossible book to categorize. It is entertaining at some points and unbearable at others. Reading this book is like watching a car crash in slow motion, you want to, but you just can’t look away.

For more “Twilight” content, listen to the latest episode of the West Linn Book Nook Podcast