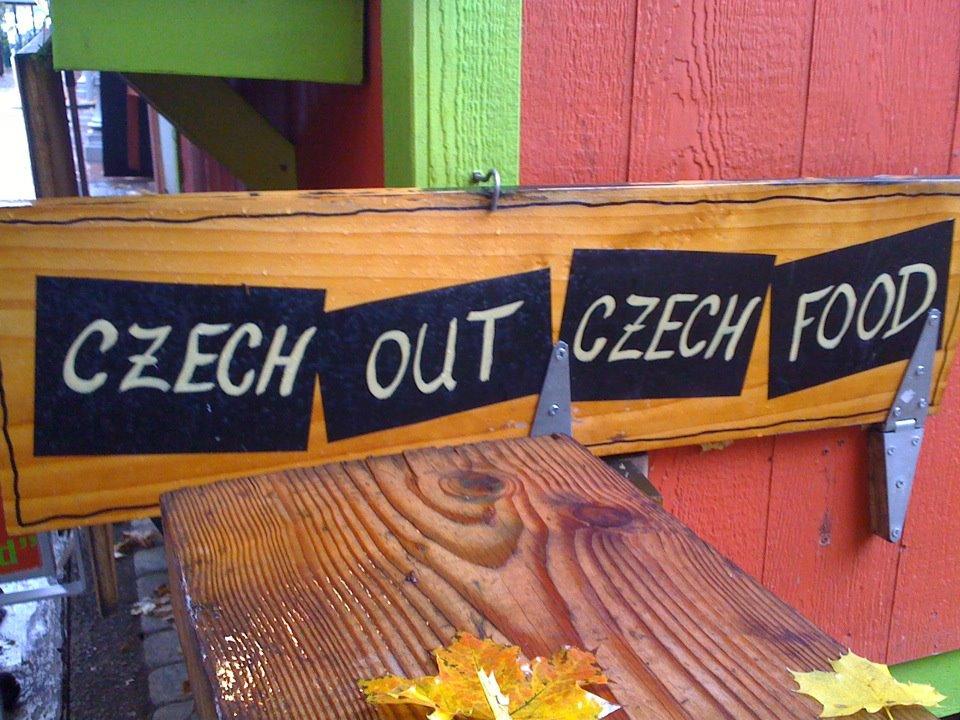 A monstrous crispy and freshly fried breaded pork loin, sweet sautéed onion, savory paprika sauce, creamy horseradish, and crisp lettuce, with only a Grand Central Bakery ciabatta roll to separate your fingers from the indulgent monstrosity, makes a wonderful “Schnitzelwich.” The establishment responsible for this veritable flying saucer of porky goodness is located in downtown Portland at SW 5th and Stark.

Tabor has been a Portland food cart institution since 2006 and has been lauded as one of the best food carts in Portland by Portland Monthly magazine, Bon Appetit magazine, and even The New York Times.  Tabor offers a wide variety of Czech fair; goulash with Czech dumplings, bramborak (a massive Czech potato pancake), and a plethora of soups and sandwiches. They even offer a lighter version of the mighty Schnitzelwich.

All of the dishes on the menu are under $10 except for the “Presidential Schnitzelwich,” which is a regular Schnitzelwich with a slice of decadent Muenster cheese on it, and includes a bumper sticker that reads “Schnitzelwich for President.” Although this may seem a little pricey for a sandwich, the serving size is big enough to feed two people and the sandwich is fresh and delicious. I especially enjoyed Ajvar, the paprika spread. It is addictive as a spread on sandwiches and Tabor sells it by the jar.

Tabor deserves the status as one of the best food carts in Portland because not only it is offering us a cuisine not seen very often on the West coast, but it is delicious and fast. There were two orders in front of mine and my sandwich was ready in less than ten minutes. Tabor is the perfect place to try something different and for that reason I give it five out of five stars. The Tabor food cart is open Monday through Friday from 10 a.m. to 3 p.m.