Stunning loss for our Lions 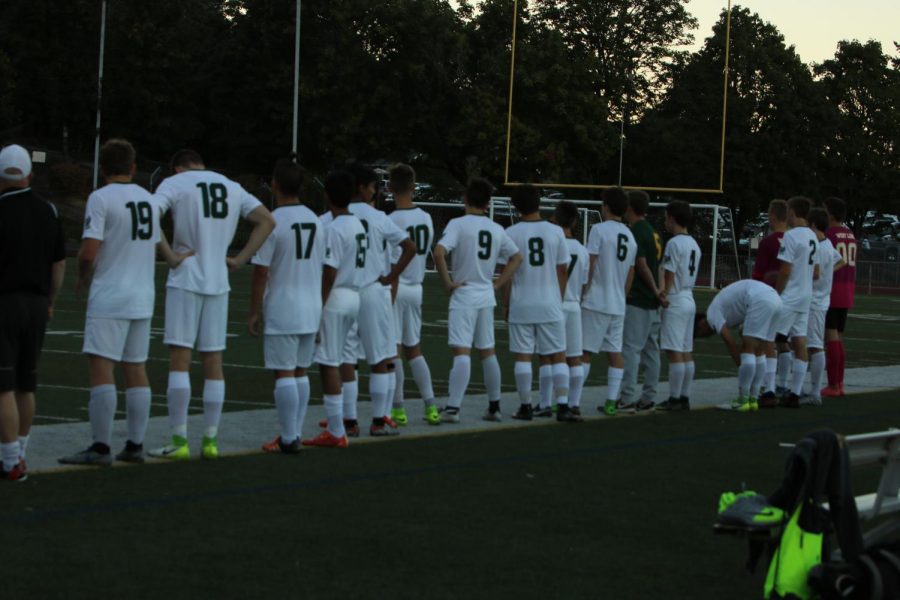 With the final game for our mighty Lions ending in a close 2-3, the Varsity Soccer team ended their final game for the season with a loss. The game winning shot for the opposing Lake Oswego was made during the second half of overtime, showing how hard the two fought to  be victorious.

The result of this battle resulted in the same score as before, when West Linn faced Lake Oswego during the normal season. The final record for West Linn this season is two wins, three losses and four ties.

West Linn scored first during the game with Gavin Tinsley, junior, being the one to score. Tinsley proceeded to score one more time during the second half of the game, putting the score at 2-0.

Unfortunately for the Lions, Lake Oswego wasn’t going to just roll over. With a penalty kick into our goal, the Lakers brought the score to 2-1.

With three minutes and 28 seconds left in the game, Ryan Seaman of Lake Oswego managed to even the score at 2-2, forcing the game to go into overtime.

With only seconds left in the game, Eric Seaman, senior, was moving up to the goal when the keeper for West Linn, Eli Wall, junior, attempted to take the ball from him. It was at this point Seaman went in for the goal and scored the game winning kick.

Caden Kesselring, freshman and one of the keepers for the varsity team, said that the team, “Didn’t really play the whole game. [The team] was satisfied with having a lead, and we didn’t care to finish the game. If we wanted to, we could have won the game.”

“Our team was continuously being stretched thin, and we needed more players to be subbed in,” Kesselring said on the biggest reason why the Lions were defeated. “Pretty much, if you started, you’d play the whole game.”