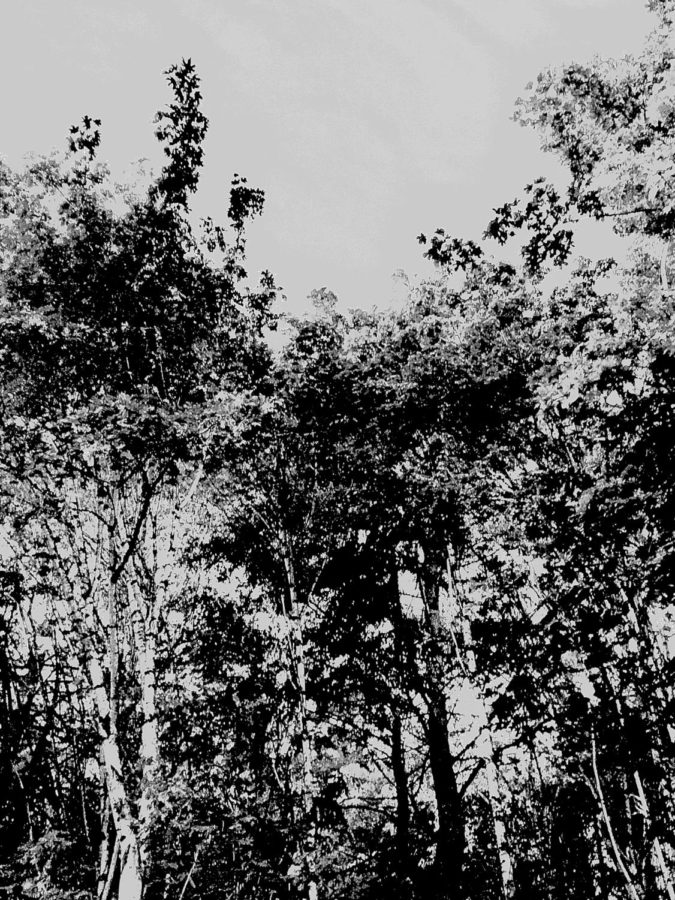 Being lost in the woods had confirmed everything he’d ever heard about it. The terror that came with it. Even though he knew he could take on any beast that lived in these woods, every crackling branch and shift in the wind made him shiver.

The underbrush was thick, scratching his legs with every step. Brambles sometimes seemed to snake up his leg, as if they were trying to make him a part of the forest floor. Scratches started at his ankles, then created rips in his pants that went all the way up to his lower thighs. The direction he went in hadn’t seemed to bring him any closer to town. He heard no chatting or music, and he saw no lights shining through the darkness. That was until a glow bug rose up, turning night into day, then night again as it flickered the darkness away.

Jace stared in awe as it flew in circles around him. But then there was another one, and another; they seemed to form a path. Jace was ready to try walking in a different direction, so he went off to follow the glow bugs. As he followed their path, glow bugs came out from everywhere to help light the way. They came out of trees, from between blades of grass, or hollowed out logs. It seemed like all of them had been at the ready- to do the job of lighting the way for lost travelers.

When Jace saw light in the distance, he fully expected that it would be the town. As such, he promptly went to tame the tangled mess that was his hair. He’d managed to pull a few twigs out, before realizing there definitely weren’t enough lights for this to be the town. Jace continued his walk, and sighed at the sight of his true destination.

The shack stood tall between the trees, as if trying desperately to keep up its posture. The whole shack looked to be about the size of his bedroom, only with the vaulted ceilings of a mansion’s ballroom. The source of light was a lantern hanging off a hook by the porch. He considered just turning in a different direction, but the glow bugs kept making their path, and it seemed cruel to stop following them now.

The glow bugs led him up to the shack’s porch, which consisted of a few rotting boards bolted into the dirt ground. Jace knocked on the door and waited a few moments, but the cold air was everywhere and he longed for a place to warm up. He tried the shack’s door knob, and it turned easily. The door opened wide, not catching on anything. It didn’t fit the outside appearance of the shack at all- shabby and unkempt, with chipping paint; the shudders on its only window hopelessly askew.

When he opened the door at first he couldn’t see anything; he was about to use a light spell to brighten up the room, when all of the glow bugs filed in, seemingly taking up their posts: in lamp shades, or in little divots in the walls and ceilings. The shack seemed bigger on the inside than it did the outside- but not impossibly so. He wasn’t entirely sure whether or not spacial magic was being used to expand the room’s size. There was a coffee table, mushrooms and herbs tied up to the walls, and a couple of chests that turned out to be locked. Jace would try to pick the chests before he left, but he knew that someone had been living here recently; he wanted to search the rest of the place before doing something that might set off an alarm. His attention turned toward the walls.

Being the bookworm he was, he was thrilled to see that the walls of the shack were made up of bookshelves that climbed all the way to the rafters of the oddly proportioned shack. Jace dove right into looking at what titles the shack had to offer. There were your classics, and your poem books. There were a few collections of short stories- both by famous authors and at the time up and coming ones. There were cookbooks, and a seemingly slightly racist book on how to charm elves, but what really attracted his attention was the book that was left open on the coffee table.

It was in a language Jace had been studying in school, but was not yet at all proficient in. At first it had drawn his attention because he’d be able to practice his reading skills with it- but he’d seen the word prophesy so many times that he thought this may be the fictional adventure-fantasy of his dreams. For once he’d wished he spent more of his time in the Academy. It seemed that the previous resident of the shack had been writing it, as it was written on loose paper with pen and ink, and there was a quill sitting directly next to it. It also implied that whoever had lived there was definitely coming back. He decided that he should probably cut his browsing short, and just focus on the two chests the room had to offer.

There were a few different ways to go about lock picking. Jace knew how to do it the old fashioned way- with a lock pick and a bobby pin, but he also knew the new age version of just using a spell- mostly anyways. Jace didn’t actually attend the Academy very frequently. Sure he used to as a kid, but they weren’t teaching lockpicking to 8 year olds. He’d been there on the day they taught the basics of the spell, but he knew they’d spent several other days on bypassing systems a magic user could put in place to block it. They could put up alarms that were audible, and alarms that only they’d be able to hear. They could also just straight up charm the lock so that it wouldn’t open. Jace hadn’t learned how to get past any of that yet he could feel the time crunch coursing throughout his very being, making his blood flow faster.

He knew that picking the lock would take him several minutes- let alone getting to the second chest. Magic would be a hit or a miss- but he’d know if it’d worked immediately. Then he’d just have to get out of there fast enough that any alarm that might be set wouldn’t matter. It was still pitch black outside, and likely impossibly cold, but it’d have to be worth it.  Jace tried his lockpicking spell on the first chest- finding it empty.

Jace doubted that it was actually empty, first looking for a false bottom on the chest. He didn’t find one, but figured he was missing something somehow. It was probably a magical security thing he failed to bypass. He quickly moved on to the other chest, but as it was opening, he felt a hand on his shoulder.

“You want to go through an old woman’s drawers that badly huh?” Jace nearly jumped out of his skin. The chest flew open, to reveal bunchy undergarments, and bundles of socks. When he turned, he saw an older woman who towered above him no matter how badly she slouched. “Do you want a cookie, young lad?”