Conservatives in contraception debate use misguided definition of “religious freedom” 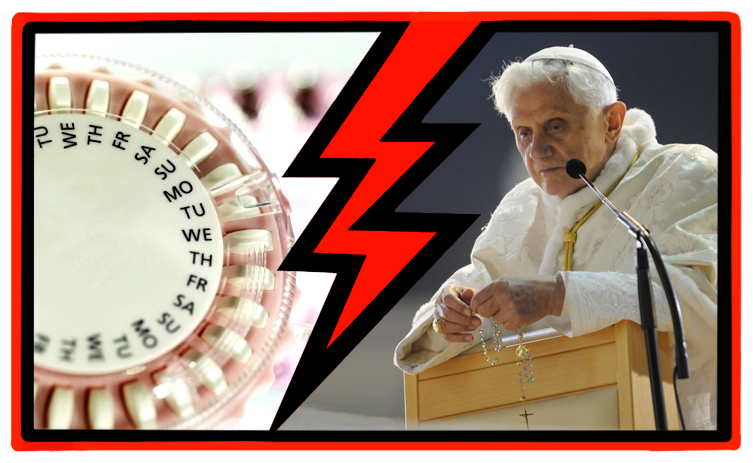 It’s the year 2007, and a woman is working at a hospital affiliated with the Catholic Church. She has a health insurance plan from her employer, just like her co-workers, but it does not cover contraception. For whatever reason, this woman wants to take birth control, but since her Catholic employers are opposed to contraception, she needs to pay for it out of her own pocket. Her health insurance plan, provided by her employers, does not cover that particular prescription.

It’s the year 2012, and President Barack Obama has just announced a mandate associated with the Patient Protection and Affordable Care Act of 2010. Under this mandate, more employees will be given broader access to contraception — no matter where they work.

“If a woman’s employer is a charity or a hospital that has a religious objection to providing contraceptive services as part of their health plan,” Obama said, “the insurance company — not the hospital, not the charity — will be required to reach out and offer the woman contraceptive care free of charge, without co-pays and without hassles.”

It’s a win-win. Women have access to the pill if they choose to take it, and churches that are against contraception do not have to provide it themselves. Wouldn’t both sides of the aisle see this as reasonable?

No. In fact, the response from the Republican presidential candidates was brutal. Newt Gingrich, former Congressman from Georgia, says that the Obama administration is “waging war on religion.” Rick Santorum, former Senator from Pennsylvania, says that it is infringing on the Catholic Church’s first amendment rights and “forcing” businesses to pay for “something that costs just a few dollars.” Mitt Romney, former governor of Massachusetts, called the mandate “an assault on religion.”

One crucial question must be asked in the midst of this: what does religious liberty mean?

Yes, under this mandate, Catholic institutions will no longer be able to prevent their employees from having access to contraceptives. This could be seen as a block on their freedom. But what the mandate brings is an extension of religious liberty to the individual, and this is much more important.

Let’s return to the hypothetical Catholic hospital employee. She now has the option of taking contraceptives, and she will not have to pay for it out of her own pocket. She has, under the First Amendment, the freedom to accept or reject any Catholic teachings she chooses; she can believe that life begins at conception and refuse to take the pill, or she can wish for that extra control over her own body and obtain that prescription. She has that choice to say yes or no.

That is what this debate all boils down to: choice. Nobody is forced to do anything under this mandate, except the insurance company. The churches are not forced to pay for something they are against. The women are not forced to take a contraceptive. There is increased access, increased choice, and for the individual women, increased liberty.

Fellow females, we must welcome this mandate with open arms. No matter what we believe, no matter how we believe, and no matter where we work, we will be able to exercise more control over our own bodies. If you want to take that pill to prevent ovulation, wonderful. If you want to keep your uterus in its natural state, fantastic. It is your choice, and that’s what this is about. Not just religiously, but biologically, it is about your options and your freedom.

Contraception is your choice. Not Rick Santorum’s. Not Mitt Romney’s. Not even the Catholic Church’s. In the end, it is completely your individual liberty.