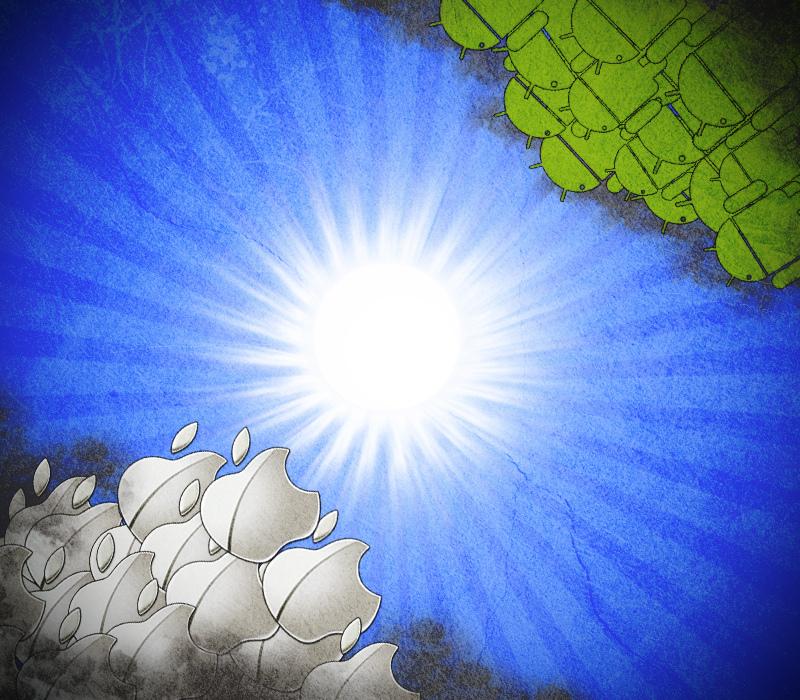 Most people would like to think that with every new product, Apple is taking another step in the direction of future technology; but they have recently fallen into the habit of reinventing the same thing over and over again. The company that has gone through many ups and downs in its lifetime came to a dramatic halt after the death of CEO, Steve Jobs. As a young entrepreneur, Jobs based all his inventions off predictions of what the population would think was “cool.” This ability to accurately foresee what the consumers would buy was one of the many factors that made him one of the most successful innovators of all time. After his death, the company that was once so successful now appears lost.

As an iPhone user myself, I would say that Apple has dramatically slowed down in the race to compete with other companies such as Android. In 2011, the Galaxy S III shipped 18 million units worldwide, compared with 16.2 million for the iPhone 4S according to CNN Tech. With products such as the Samsung Galaxy III and the HTC Evo, Apple’s biggest competitors seem to have taken many steps in the right direction while Apple attempted to recover from the fall of its creator.

The last product that contains some of Jobs’ magic was the iPhone 5, which was also a global hit. However, with Apple’s lack of variation in its products, Android has been able to bring a greater assortment of devices to the table. It is evident that the number of different Android phones overpowers the number of different iPhones. Although this is a factor that makes Apple unique, it has also given cell phone users fewer options in selecting a device from their company.

Although some would say Apple has been gaining ground since the release of the iPhone 5, statistics still support the opposition. Problems with the latest iPhone (such as Apple Maps, overheating, and excessive battery drainage) have given critics something to chew on. Apple Maps especially was a mess, and made the new CEO, Tim Cook, another issue to be worried about.

Since the death of Jobs, the company that was previously known and the leader of technological advances has dwindled, and seems to be out of ideas. This is evident in one of Apple’s latest inventions, the iPad mini. With the release of this product came a wave of YouTube parody videos, critical blogs, and predictions of Apple’s downfall. It seems as though Apple is releasing the same product over again, but in different sizes.

Few solutions exist to this downward spiral of Apple, but one in particular has the potential to boost the company. The iTV might be on the market soon in coming years, giving Apple customers something to look forward to. Adding Apple’s touch to a whole new device may re-spark the interest that has been lost in their products. Even though other companies have taken advantage of Apple’s brief collapse, Cook has the potential to bring Apple back to its feet.