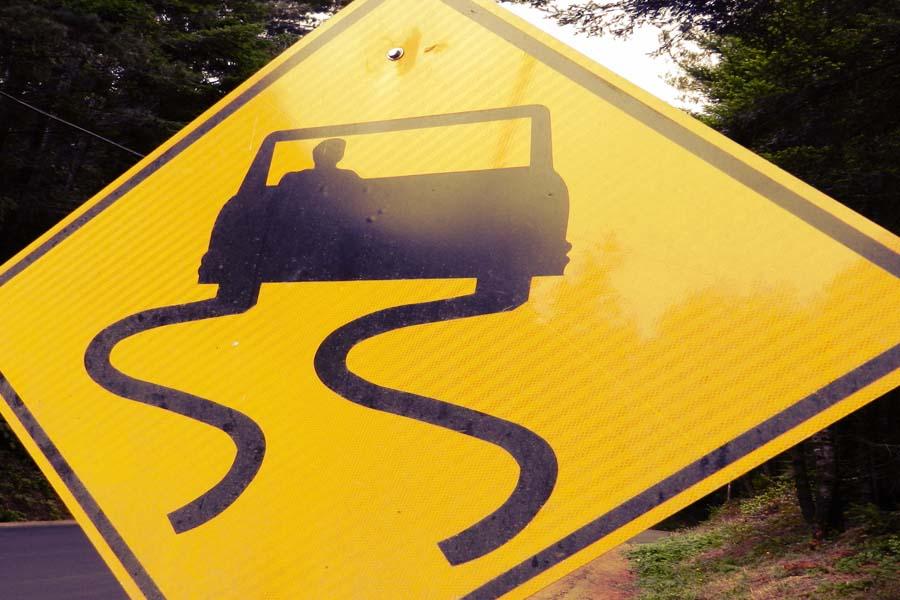 Sliding, skidding and spinning out are three amplified risks in winter weather— especially in West Linn, where hills present an added safety challenge.  By being a defensive driver and taking some basic precautions, you can increase your safety and the safety of those around you.

On “black ice,” or nearly invisible ice coating the roadway, it can take nine times longer to stop a car.  Luckily, the city of West Linn and many surrounding areas work to minimize traffic risks in icy surroundings.

“Starting about the 15th of November, we get our trucks geared up,” Jeff Randall, Transportation Division Supervisor of West Linn, said.  “It’s just kind of a wait-and-see type of situation.”

The City of West Linn has four trucks that de-ice streets using de-icer, sand and salt.  Last winter alone, the trucks put down 1,100 gallons of de-icer, using less than half of the $6,000 budget set aside for de-icing streets.  This coming winter is expected to be a bit icy in January, but according to Randall, “nothing out of the ordinary.”

“If we’re gonna have ice in the morning or a chance of ice, we’ll try to go out the day before and put out the de-icer,” Randall said.  “That just helps the ice from forming on the pavement.  We have salt that we put down on the streets if need be.”

Several hills that serve a lot of traffic are closed when roads become slick, such as Pimlico, Marylhurst and 12th Steet in Old Willamette (which leads down to Willamette Park).  Alternatives to these streets include Salamo Road and Sunset Avenue.  West Linn Snow Routes can be found on http://westlinnoregon.gov/maps/winter-weather-routes.

“Hidden Springs is probably one of the busier streets we’ll close down, and when the weather’s really bad, we’ll just keep two streets open— Salamo Road and Sunset Ave,” Randall said.  “Those are the only two we concentrate on keeping open during the really bad weather.  People who live off of Marylhurst on the North end of town might have to come all the way down and use Sunset as an alternative.”

The most fundamental tool to driving on ice, snow or otherwise slippery roads is to slow down and increase following distance from eight to ten seconds, especially down hills.  When the posted speed is 45 or even 25 miles per hour, one needs to significantly reduce his or her speed; according to Howstuffworks.com, traffic speed will slow anywhere from five to 40 percent in slick settings.

Acceleration or deceleration should be done carefully, as accelerating or braking too early may send a vehicle into a skid.  Avoid braking if you can and simply roll your vehicle until traffic changes occur, according to the American Automobile Association.

To avoid a skid, you may use an anti-lock braking system if your car is installed with one, or you may simply pump the brakes or push down hard and then release brakes to maintain traction.  When caught in a skid, remember to not accelerate or brake, as this may aggravate your case.  Always steer in the direction of the skid and do not brake until your car is controlled.

Not only is it important how the car is controlled externally, but internally as well.  According to LP Gas Magazine, “distractions such as loud music, channel surfing, cell phone use, fast food, hot or cold beverages, cab clutter and map reading can be major risk factors.”  Be sure to minimize your interruptions so you may concentrate on your surroundings.

In addition to making sure your vehicle is in good condition for surviving the cold (old battery is replaced, thin engine lubricant is used, wiper blades are functional, etc.), Randall suggests bringing sand or cat litter with you when driving, which can be a life-saver in helping you gain traction if your car is stuck.  Sandbags can be used to add a couple hundred pounds’ weight to the rear of the car— the more centered over the car’s axile, the most functional.

“Just beware of the weather, because it changes,” Randall said.  “The coldest temperatures are usually in the morning before the sun rises.  Make sure to drive an appropriate speed.  I think it’s just being prepared and having the mindframe to be prepared for it.”