ASB changes Mr. and Ms. West Linn competition to include only senior boys 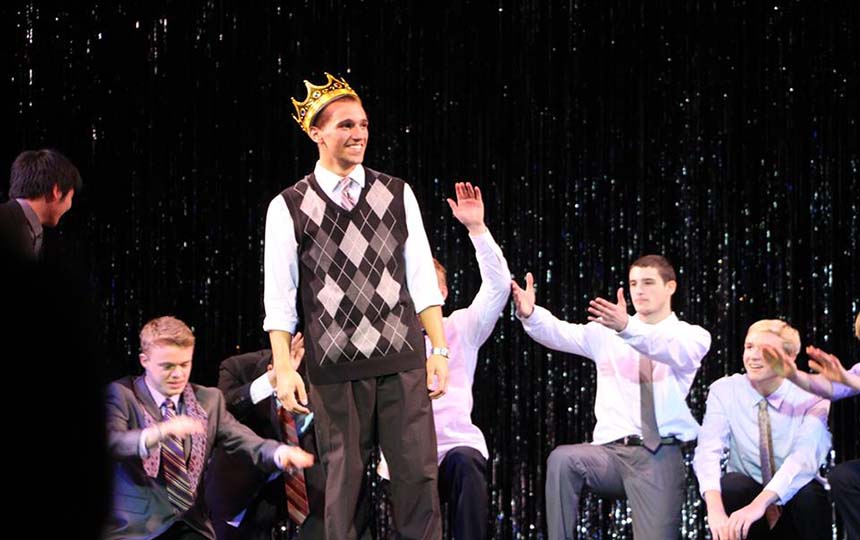 While Mr. and Mrs. West Linn used to incorporate several competing couples who raised money and awareness for Acute Myeloid Leukemia research, the recently retitled “Mr. West Linn,” strictly limits the competitors to include only senior boys who are nominated by the Associated Student Body. Mr. West Linn is a fundraising talent show competition to which raises funds for the Blue Butterfly Foundation, a non-profit which helps raise money for AML. The objective is to dress up in goofy outfits carrying a donation basket during the week leading up to the show to raise money.

Sophie Gabler, senior, head of Mr. West Linn, thinks that revenue earned will be the same as last year if not more. She expects a promising turnout and hopes to continue it being only senior boys for years to come.

“ASB decided that there was more buy-in when it was just senior boys, as opposed to all grades with girls,” Gabler said. “When it is just one gender we can do funnier skits like a swimsuit competition.”

I am not an outspoken leader of Feminism and do not debate every time I have an issue with equality; however, I do believe in the equality of the sexes and question the inequity of this situation. I competed in Mr. and Ms. West Linn last year and it was a blast. During the summer my partner Cailey Scott, junior, and I reminisced about how fun last year’s show was and how were looking forward to this year. Even if I was a senior and able to compete, I still wouldn’t because the show has lost its value to me. The whole purpose is to have fun and raise funds for the Blue Butterfly Foundation. This year it feels as though the talent show lost its way. It seems counterintuitive to exclude girls because you could raise more money with more people competing.

Sam Dearborn, son of the co-founders of Blue Butterfly, spoke at the event last year. He thinks that there will be less attendance this year and that will affect donations raised. “I think we upped donations last year and I think having only guys this year will hurt us,” he said. “It’s a very near and dear thing to me and personally, I am against it being only Mr. West Linn because there is so much talent among the girls at West Linn.”

In a poll posted on the Amplifier website of the West Linn students who voted 80 percent thought that it should be Mr. and Ms. West Linn as opposed to just Mr. West Linn.

A solution is to see how it goes this year and change the format if needed next year. ASB has already made the decision. However, I believe it would help fundraising proceeds if all students were able to be a part of Mr. and Ms. West Linn.