Gov. John Kitzhaber announced resignation on Friday, Feb. 13 after ethics questions rose about his fiancee’s involvement with the governor's office 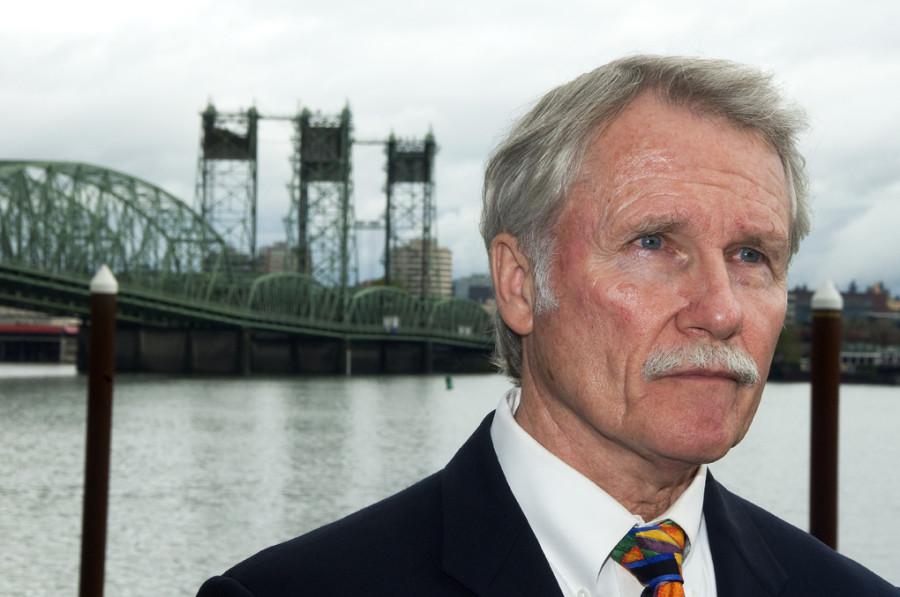 Gov. John Kitzhaber announced his resignation Feb. 13, passing the governorship to Secretary of State Kate Brown. This decision comes after news that fiancee Cylvia Hayes possibly used her position as First Lady to secure clients for her company, 3E Stratagies.

Gov. John Kitzhaber announced his resignation on Friday, Feb. 13, with Oregon Secretary of State Kate Brown taking the helm on Wednesday, Feb. 18 at 10 am. This announcement was made final after lots of indecision on the subject.

This all came about in the wake of controversy over Kitzhaber’s fiance, Cynthia Hayes. Hayes has been involved in many questionable things that the governor should have been aware of. Hayes has been accused of using her position as First Lady to support and help her private counseling business, 3E Strategies, while also securing clients and advocating for environmental issues. Past ventures include marrying an immigrant for money, and planning on setting up a pot farm in Washington.

Mixing business with pleasure has gotten Kitzhaber and Hayes into a lot of trouble. From Kitzhaber placing Hayes on a small team to create his 10-year plan working towards energy independence, to Hayes using government employees to set up her meetings, it seems that there is a little too much overlap with Kitzhaber’s administration and Hayes’ environmental agenda. That kind of involvement should not be acceptable in a professional and important place such as the governor’s office.

Hayes seemed quite comfortable in her position as Oregon’s First Lady. Clients who spoke with OregonLive seemed to think that it did encourage them to make the decision of working with her company, because of her presumed connections with the governor’s office and other politicians in Oregon. Hayes would even go as far to say “our administration” in some speeches about policies, and had confessed to friends and family that Kitzhaber’s fourth term would kind of be like it was her own.

Besides the questions of Hayes’ involvement with the government, inquires have arisen about her past. Hayes supposedly attempted to start a pot farm in Washington at age 30 with her then-boyfriend, Karl Topinka. Hayes has since spoken about the incident, and said that she was bullied into it. However, the broker for the deal, Patrick Siemion, says that she led the idea, the negotiating, and in his opinion, seemed to have initiative for the project.

It was also found that Hayes married Ethiopian national Abraham B. Abraham to help him to secure his citizenship, and was paid $5,000 to do so. This kind of attempt for citizenship is completely illegal, and someone involved in it should not be close to making decisions for millions of other innocent people. Hayes claims that this incident came from being a broke student, and that she saw an opportunity to get some money. Money is a very important motivation, and should make us question why Hayes wanted to be involved with politics and the governor’s office in the first place.

It seems that questions about Hayes’ motives and ethics in regard to the governor’s office just keep coming up. Kitzhaber seemed to have little chance of bouncing back from these problems, especially with questions about how Hayes used her position as First Lady to secure clients and better her company. It is time for Oregon to have a governor that the people can trust is ethical and who can make decisions for them. This goes to show that mixing business with pleasure never ends well, especially when your business is being the governor.