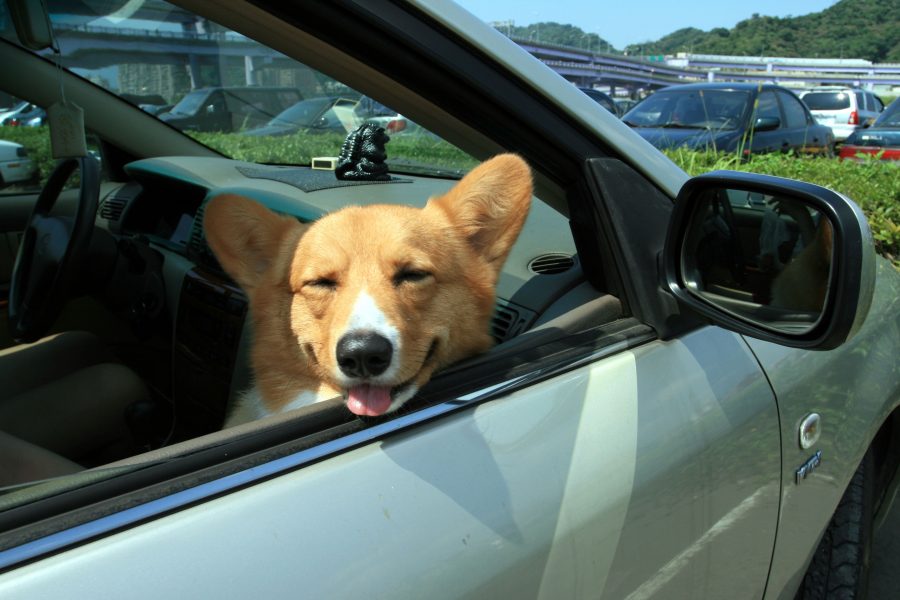 Trapping your dog in a hot car is a crime in most states, and current Oregon legislation allows law enforcement officers to forcefully enter locked vehicles. Earlier this month, Calif. Gov. Jerry Brown signed a new bill that allows good Samaritans to break into vehicles if animals are trapped inside. “Any law that promotes the protection and welfare of animals in need,” Emily Davidsohn, Attorney for the Oregon Humane Society, said, “is important.” Photo by Clive Tsai via Flickr. Used under Creative Commons license.

In just 10 minutes on a hot day, the temperature in a car can rise 20 degrees Fahrenheit, turning into an oven and killing whatever lies inside. This is known as heat exhaustion, a common cause of death for dogs and other pets, but a new law grants good Samaritans with the power to save lives. These animals will no longer have to worry about being trapped in overheated automobiles thanks to a new bill signed by Calif. Gov. Jerry Brown on Sept. 24.

The act allows good Samaritans to break into vehicles if pets are trapped inside. In order to be protected from prosecution for liability of civil damages, a couple requirements must be met: the car must be locked, the animal must be in danger and law enforcement must be contacted. If the person determines that law enforcement cannot arrive in time, only then can they legally enter the vehicle and save the animal by themselves.

The Right to Rescue Act highlights the danger of heat exhaustion. Unlike humans, dogs don’t have sweat glands in their skin. Humans release moisture through sweat glands, which then evaporates to cool down the body. Dogs can only release their heat and moisture by panting. When the temperature inside a car rises quickly, a dog often struggles to cool down at the same rate. This puts pets at risk of heat exhaustion. Symptoms include excessive panting, erratic behavior and drooling. More serious symptoms include vomiting, seizures and acute kidney failure.

Heat exhaustion is also an incredibly common cause of dog deaths. A study published in 2014 by Sarah Stojsih, Janice Baker, Clifford Les and Cynthia Bir analyzed the deaths of dogs in U.S. law enforcement between 2002 and 2012. Heatstroke, at an estimated 24.8 percent, was second only to vehicle strikes as the most common cause of death. That’s nearly one in four deaths.

Despite its prevalence, heat exhaustion is entirely preventable, and laws like Calif.’s Dogs in Hot Cars Bill give civilians the power to save lives.

So what can pet owners do to prevent heat exhaustion?

Air conditioning can’t be guaranteed to help either. In July, a canine member of the Porterville Police Department died after an officer left the dog in his car after a training session. The officer had turned the air conditioning on, but when he returned an hour later, the cooling system had malfunctioned and failed, and the dog was dead.

“Big thing is just don’t take them out when it’s hot,” Steve Milner, Doctor of Veterinary Medicine, said. “It’s amazing how fast it can happen.”

Milner encourages education and awareness to prevent these deaths.

“It’s a crime of ignorance,” Milner said. “[We’ll teach them] the same way we taught them to wear seatbelts.”

Asking local business owners to put these signs up in their windows is a good way to spread the word. Organizations such as the Humane Society of the United States have free flyers and posters that can be printed from their website. Share this information with your friends, family and community to prevent more dogs from dying.

If you see a dog that’s stuck in a car, know your laws. In Oregon, call local law enforcement and look for the owner. Contact your representatives to strengthen local legislation.

“Oregonians can contact their representatives regarding introducing legislation on issues they feel strongly about,” Emily Davidsohn, Attorney for the Investigations Department at the Oregon Humane Society, wrote in an email. “During the legislative session, OHS will post on its website ways that the public can get involved with supporting the animal protection bills being introduced.”

Consideration is the best thing you can give your pet. If it’s hot, just don’t leave them in the car.