Trump vs. the media

With approval ratings at record lows, who should you trust in this new civil war? 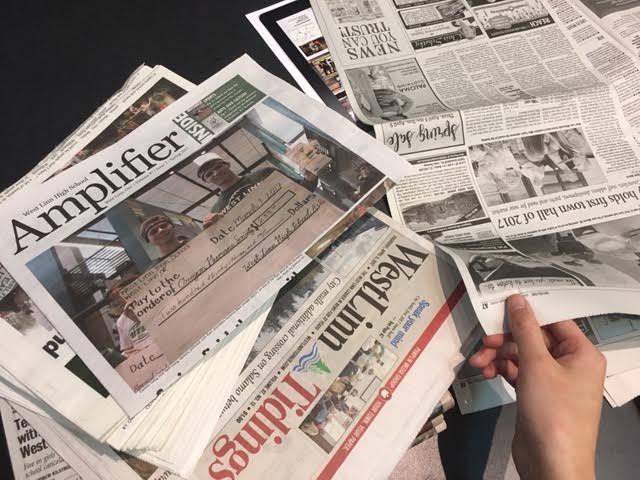 Though only 23 percent of Americans regularly read newspapers according to Pew Research Center, the 2016 election may have rekindled the interest. The New York Times reported a net increase of 276,000 digital subscribers in the last three months of 2016, more than the combined total of 2013 and 2014.

Americans face an unfortunate dilemma. Today, we not only have an executive branch with a historically-low approval rating, but our approval of mass media news, the power-checking fourth branch of government, has hit a new low as well. When the information doesn’t match, who should Americans trust?

Thirty-seven percent of poll-takers have a favorable view of the media, according to a March poll from Suffolk University.

Gallup’s last result hit a new low of 32 percent feeling “a great deal” or “a fair amount” of trust.

The businessman then TV show host turned Republican president had a historically low inaugural approval rating, and it’s not getting much better, according to Gallup.

However, Trump finds the lack of accurate reporting as an obligation to step up and share his own facts, but Trump is hardly a reputable source. Trump has  lied about the inauguration crowd sizes and perpetrated an unfounded allegation that Obama wiretapped Trump Tower.

Among Trump’s more absurd claims, he has connected Senator Ted Cruz’s father to the assassination of John F. Kennedy. From 2011 until September of last year, Trump claimed that Obama was not born in the U.S.

And Trump’s not alone.

On April 11, referring to the chemical attack by Syrian President Bashar al-Assad on his own people, Press Secretary Sean Spicer mistakenly claimed, “You know, you had someone as despicable as Hitler who didn’t even sink to using chemical weapons.” During the height of deportations to Auschwitz, “Up to 6,000 Jews were gassed there each day,” according to the United States Holocaust Memorial Museum.

Spicer also claimed, “I think when you come to sarin gas, he was not using the gas on his own people the same way that Assad is doing.” In truth, between 160,000 and 180,000 Jews killed during the Holocaust were Germans. Hitler used gas to kill his own people.

Whether this incident is the result of intentional Holocaust denial, an unfortunate Freudian slip or the result of ignorance, there is no excuse. Spicer should have known better, and he should make amends.

Trump’s administration is one that claimed “any negative polls are fake news” and defended lies as “alternative facts.” That’s Trump’s PR strategy: when under fire, fight back. If a newspaper writes criticism, he says it’s all fake. If he doesn’t like his political opponents, he creates a conspiracy. A lot of what Trump says (and tweets) is thrown out in defense of himself. And it’s wrong.

The news, however, does not write for its own sake. Journalists aren’t criticizing Trump in defense of themselves. They’re criticizing Trump because that’s their job: to report the facts, to honestly cover the presidency. All the journalists in the country who are sharing their voice are exercising their democratic right, a right protected in the First Amendment. Journalists are responsible for keeping the government accountable, and the Founding Fathers knew the importance of this.

“Were it left to me to decide whether we should have a government without newspapers or newspapers without a government,” Thomas Jefferson wrote in 1787, “I should not hesitate a moment to prefer the latter.”

The media is doing what Jefferson expected: covering the president critically.

The media’s low approval rating is not at all a reflection of poor journalism. A look at this year’s Pulitzer winners would indicate otherwise. This figure is simply a result of Trump’s followers being persuaded to agree with his delusion. Proof? Media distrust is more prevalent among his Republican voters than Democrats. In the Gallup poll, 14 percent of Republicans had confidence in the media, as opposed to 51 percent of Democrats. The Suffolk poll reports a greater disparity with 10 percent compared to 69. Trump’s followers have joined him in his war on “fake news.”

Who wins your trust? Do you pick the media, who the Founders trusted as the fourth estate, who have proven they can do their job? Or do you side with the Trump’s administration, whose only defence from criticism is compulsive lying?

Put your faith in honest, investigative reporting. This scandalous presidency is only fodder for journalists to rise to the occasion and report justly, so support them and read their hard work. Subscribe to the Pulitzer-winning New York Times, the Washington Post or even your local newspaper. Stay informed, so we can keep our leaders in check.

“A nation of sheep,” broadcaster Edward R. Murrow said, “Will beget a government of wolves.”