Gatsby and Daisy: the least healthy relationship since ever 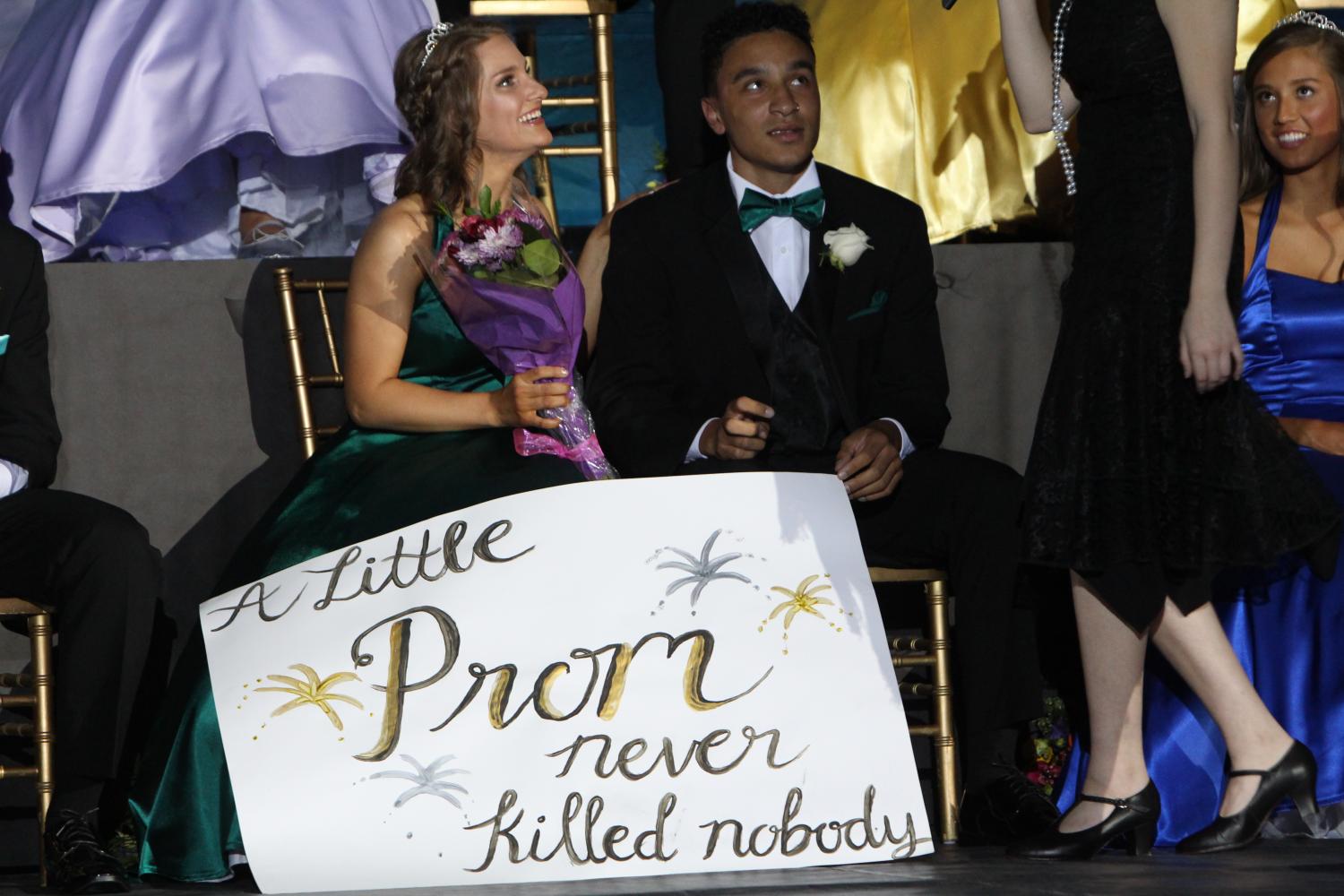 Tristan Waits, senior, and his Promposal poster for Katie Jones, senior. The poster includes the subtitle for May Day, “A Little Prom Never Killed Nobody.” This reflects how the theme for both Prom and May Day are The Great Gatsby. Despite this, however, the ASB has decided to focus more on the general theme of the 1920s, which I think is a good idea.

For the 97th year in a row, May Day went off more or less as planned. The theme this year was The Great Gatsby, but the celebration was focused more on the Twenties. The theme for Prom is also Gatsby, but like May Day, practically speaking, it’s going to be angled more towards the Roaring Twenties in general. I think this is a very good idea.

“I kinda have taken it to be loosely The Great Gatsby,” Tristan Waits, ASB President, said. “The colors, the looks. It’s not like we have giant Eckleburg glasses.”

Now, I understand why The Great Gatsby is commonly considered the Great American Novel, with its brilliant characterization, still-relevant themes, and subtle (and occasionally not so subtle) symbolism. But I do think that it would be quite a bad idea to have Prom themed after it.

The Great Gatsby is about a man, Gatsby, who (spoiler alert) falls in love with an upper-class woman. Unfortunately, said man is poorer than a churchmouse during a recession, and so said woman decides to marry a brusque, racist man instead, because the jerk has a whole lot of money. Gatsby then decides that all he needs to win the woman over is to be rich too, and that will push him over the edge. He then spends years learning how to act like a member of the upper class (to avoid Beverly Hillbillies and Bringing Up Father -type situations), as well as making millions in a national drug trafficking and bootlegging criminal empire. Next, he follows his ex-girlfriend thousands of miles across the country and spends millions rebuilding a mansion directly across the bay from her, partially so he can stare into her backyard at night. He throws lavish parties solely in the hopes that she would someday drop by. This doesn’t pan out, but thanks to narrator Nick, he eventually meets her again. The woman’s husband is a self-absorbed adulterer, and she still has some love for Gatsby, so at first things seem to go well. Gatsby plans to make off with his ex and move to some faraway state. It is unknown what he plans to do about the ex’s three-year-old daughter. However, the woman is reluctant to uproot her life, and then “accidentally” runs over her husband’s mistress. Gatsby decides to take the rap for the manslaughter charge – for love! – and is then shot to death by said mistress’ husband.

To be honest, I do see how the story is romantic, but I really don’t think it’s so romantic that it should be the theme for Prom. What part of the story even remotely resembles a healthy relationship? In my own personal opinion, I think the theme for Prom, whatever it is, should not be reflective of a love story involving a criminal who follows his ex-girlfriend across the country without her knowledge. I therefore heartily approve of the decision to have the theme more angled towards the 1920s in general. This way, you can still have the decorations and jokes and such (particularly with May Day) about one of the country’s most interesting time periods without being stuck focusing on a relationship reminiscent of Adam and Lillith’s.