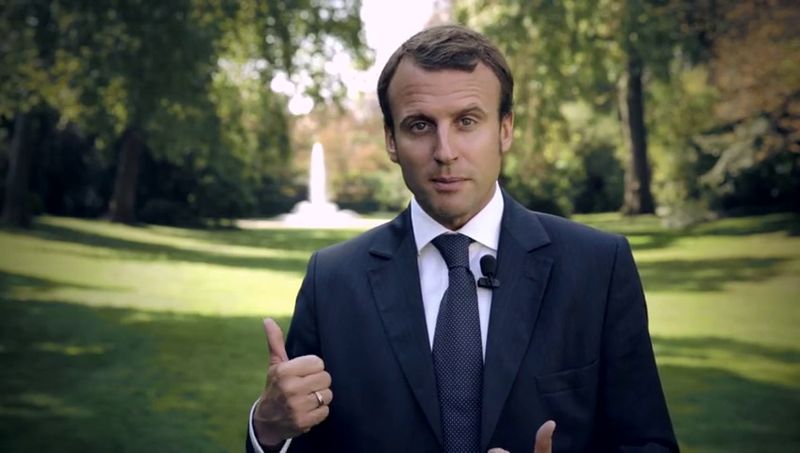 Macron’s Victory shows America what could have been

On May 7, Emmanuel Macron defeated Marine Le Pen in the French presidential election. Le Pen has often been compared to Donald Trump, as her campaign stoked controversy and exploited nationalist and isolationist fears. Macron, by extension, was the “French Hillary Clinton.”

In truth, neither comparison is perfect.  Le Pen is a much more established politician than Trump. Jean-Marie Le Pen, her father, founded the far-right party Front National. Marine Le Pen eventually took over from her father, playing a key role in French and European politics for over a decade. Trump, by contrast, was fairly uninvolved in politics until the Obama presidency. Further, Trump was not associated with any political party until his dramatic hijacking of the GOP during his primary run. Trump, in contrast to Le Pen, was aggressively opposed within his own party.

Macron is probably being done a disservice when compared to Clinton. In truth, his political rise is spectacularly unusual, and in large part due to his individual political talent.

Nonetheless, it’s easy to see the similarities between the the American and French elections. Le Pen is an ethnonationalist campaigning on thinly veiled racial contempt and fear mongering, while Macron is a bland moderate with limited passion from his supporters and clear ties to major financial organizations.

So what was different in France? One key point stands out. After the first round results sent Le Pen and Macron into a runoff election, French politicians were left with a difficult choice. Much like Republicans in the United States, they had to chose whether to go against their own political beliefs for the good of the nation. Unlike their American counterparts, French politicians spoke out against Le Pen. Francois Fillon, a conservative, asked voters to support Macron, claiming there was “no other option but to vote against the alt-right” according to AFP. Socialist Benoit Hamon was even less enthusiastic, stating that Macron was “not a man of the left” but warning that Le Pen was “an enemy of the republic” during a speech. Jean luc-Melenchon, another member of the Socialist party, didn’t go so far as to call on his supporters to vote for Macron, but did tell them not to vote for Le Pen.

Macron’s emphatic victory will raise many questions in America, but none more important than the ones about our current state of cult like political loyalty. In the United States, Republican politicians had the power to swing America’s election away from Trump. Instead, in a fit of greed and lust for power, they sacrificed morality for the sake of personal gain. Now we all must pay the price.

The Labour party’s demise is a warning for American Democrats

It was underreported in the United States, but England is witnessing a seismic political moment. Recent local elections saw the Conservative Party sweep to victory. While comparing political parties of differing nations is always complicated, the Conservative Party is more or less England’s version of Republicans, while the Labour party is similar to Democrats in America.

The local elections saw many traditionally Labour counties swing towards the Conservatives. As Labour is already a minority, they are in true danger of collapsing into irrelevance. More and more, liberal-minded voters are abandoning the party for their ideological rivals. It’s impossible to overstate the importance of this event. The Labour Party has been a major political player in England for over a century.

Liberals aren’t changing their political views, so why are they abandoning the Labour Party? For one reason: Jeremy Corbyn. Corbyn is the leader of the Labour Party, and his inept politics are quickly driving all of England away. Corbyn is totally untrusted by the general populace.

How does this relate to American politics? In the United States, Democrats are in a decent place politically. Despite not having control of any branch of government, they have the opportunity to blame Republicans for almost any national problem, and the chance to take advantage of a hugely unpopular presidency.

Despite this, Democrats should take nothing for granted. Defeating Trump is by no means a certainty. He already won once, and thus far, Democrats have shown no evidence that they are doing anything differently. Democrats need to find a popular leader to represent them. Perhaps it’s Bernie Sanders or maybe Elizabeth Warren. Other names floated as potential candidates for 2020 include Cory Booker, Chris Murphy and even Michelle Obama. Whoever they decide upon, Democrats need a leader.

A competent representative who could be stand as the face of the party would give Democrat voters someone to rally around, and provide a clear face to party policies. Ask any Englishman. A popular leader can be the difference between life and death when it comes to politics.