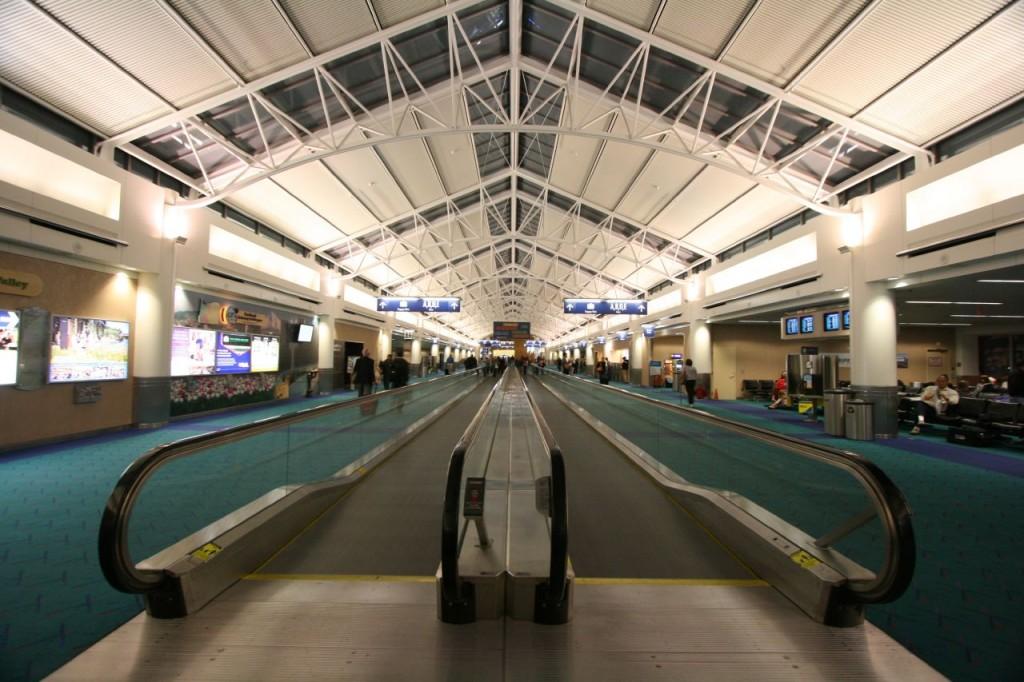 Going through airport security can be a pain for anyone, but for those with medical conditions, there are extra difficulties. New technology and changes in security may improve flying for people with health issues.

Travis Jensen, senior, was born with cerebral palsy and has many airport security stories. Cerebral palsy can cause many challenges to flying.

“Taking off shoes is a bit of a pain for me. I have to get regular pat-downs and extra screenings because of my walker,” Jensen said.

There have been many changes in airport security in the last ten years. Since 9 / 11 the Transportation Security Administration has tightened the belt on security in airports. There has been more government funding, advanced technology and new regulations on what must be done before a passenger boards a plane.  It is now mandatory to screen every passenger and piece of luggage that is going onto an airplane.

In the past few years, new security systems have been built at the Portland airport.

“A series of conveyers start at the ticket area [and pick up luggage]. It goes to the Transportation Security Administration area where it goes through scanning machines. They monitor them and have sniffers that pick up explosives, etc. They then get sent to different areas of the airport to different airlines,” Brian Miller, Program Manager of installing security systems, said.

Another change includes removing shoes before going through the scanners. New technology is being developed to allow people to be scanned with shoes on, and it could be installed within the next few months.  This technology will benefit people like Jensen.

With advancements in technology there have been updates in airport security. Advanced Imaging Technology, AIT, was first installed in airports in 2007. The technology can detect threats from passengers within a few seconds. AIT’s are located in 78 airports across the country. The AIT can also help people with medical conditions go through security quickly and possibly skip pat downs.

TSA has been trying out new technology to give passengers more privacy by using images of a generic body outline that puts a dot on the outline where an item that set off the scanners is.  This technology is helpful because it is faster, passengers with medical devices won’t set it off, and it’s less invasive than pat downs, according to Miller.

“We will continue to see improvements to the X-ray scanning machines. The scanners will be made to handle larger luggage and operate at higher speeds to allow suspect luggage to be re-scanned more often instead of being inspected manually by TSA agents. This will also decrease the amount of time to get luggage from the ticket counters to the airplanes,” Miller said

Simple changes that might help us all go through security a little faster.

“Because I fly so much, I usually don’t go through the scanner and go straight to a pat down.” Jensen said.

To see all the rules for flying go to the TSA official website.