A taste of Pakistan 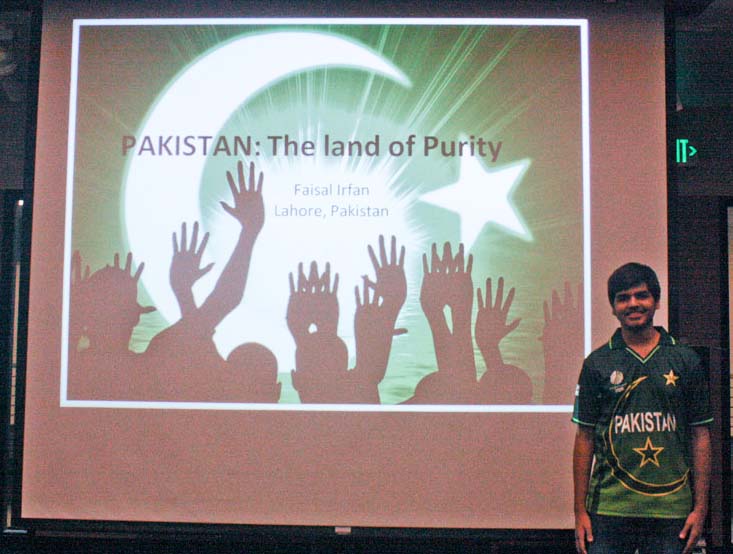 A group of West Linn students were given a look into a place they rarely see: Pakistan. This came courtesy of Faisal Irfan, a Pakistani exchange student who gave a presentation Tuesday, Nov 14 about his home country. The 15 year old would have been a sophomore if he was still attending high school in his homeland of Lahore, but here he is a junior. Since arriving in August, Irfan is staying with a host family while he attends West Linn High School. He will return home upon completion of the school year.

The biggest change from Pakistan to America for Irfan was the food. He described normal food from his home. It is unique, a stark contrast to American food. Food was one of multiple cultural differences Irfan listed that offered somewhat of a challenge as he moved continents.

Schools were a discussion point often broached in Irfan’s presentation. Classes such as Website Design are not offered as courses to be taken. Rather, they are offered as extracurricular activities while school hours are filled with core curriculum, such as science and math.

Irfan is part of International Education Week, a joint initiative of both the U.S. Department of State and the U.S. Department of Education. According to its website, International Education Week is part of efforts from the departments to “promote programs that prepare Americans for a global environment and attract future leaders from abroad to study, learn, and exchange experiences in the United States.” Irfan’s speech covered a multitude of subjects, such as sports and music. After he completed his presentation, he fielded questions from students.

“I wanted to tell {the students} more about Pakistan,” Irfan said. “I wanted to give them everything they don’t get to know.”