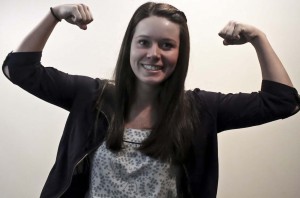 Sydney Herbst is excited for the competition to start. She plans to watch things play out with a friendly attitude. Herbst has a personality that will befriend her to all, and a competitive side that will push her to the top. If she wins, she is going to call her brother and brag to him, as he was the first contestant to be voted out last year. 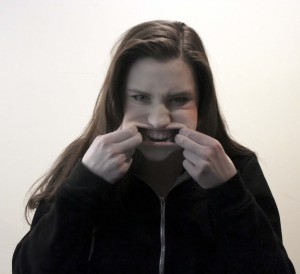 Rachel Sliger has never watched an episode of Survivor in her life. After researching strategies, she plans to lay low to see where bonds form. Sliger admits to not being extremely athletic, but she will rely on her friendliness to carry her far into the competition. If she becomes the sole survivor, Sliger plans to skip a week of school to play on her new Macbook. 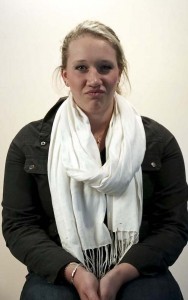 Caroline MacAusland will activate stealth mode and act as the silent killer. She plans to use her physical attributes to help her glide through challenges. MacAusland is eager to start the competition so that she can push herself to win. If this senior is the last person standing, she is going to use her new computer so much because “it would be awesome to get right before going to school”. 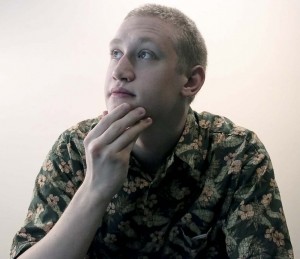 Griffith Luehrs is extremely excited to participate in Survivor. He plans to have fun, make many alliances and be really so nice that everyone will not want him to vote him off. He believes that “if you take it too seriously you’ll freeze up.” Luehrs is really good at eating, does well with a low amount of sleep and feels that his strong stomach will come in handy for any food challenges. If he is to win, he looks forward to a new laptop for college and plans to celebrate by treating himself to a fat burger at Red Robin.

Kelsey Oleson looks forward to participating in Survivor Week. Oleson’s strategies are to be nice without creating problems and to win the immunity challenges. She feels that she will fulfill her strategies by being nice, funny, athletic and friendly. If Oleson were to win, she will be extremely happy to receive a new laptop for college and plans to visit the “happiest place on Earth.” 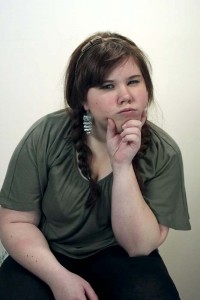 Marissa Brookhouse plans to use stealthy ninja skills to launch her above other Survivor competitors because “no one really notices” her. Despite being a kind person, Brookhouse wants to utilize “Military Strategies” in her attempt to outlast her peers. If Marissa becomes the ultimate survivor, she is going to “jump up and down a little bit” and thank everyone who has supported her.

Evric Jenkins looks to win Survivor with three assets: Gangle, speed, and the friendship of Miles King. “I’m going to use every inch of my gangle to out length the competition,” Jenkins says. He knows that since he beat a car in a race, he can clearly outrun anyone. His final strategy is to use his pristine personality to woo the other competitors, and maybe even bring them on his side by taking them out to coffee. If Jenkins wins he plans to sell the laptop right away and buy 15 inch subs for his truck. 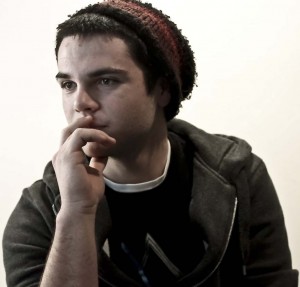 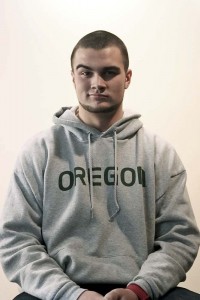 Nicholas Hanlin, who wooed Survivor judges with his ‘un-athletic stunts’ tryout video, looks to use just the opposite to win the competition: cunning athleticism. His other useful strengths are his intelligence, hustle, determination and humor. He plans to use his strengths to further himself in the competition and annoy his fellow survivors.  If Hanlin wins, he plans to throw a parade for the entire school.

Tony Glausi (not pictured) believes that he will be able to oust the other Survivor competitors because he is a quick learner. Like many of his peers, Glausi doesn’t believe in the concept of alliances, and says that he wants to be the “sly underdog”. Glausi’s would like to sell the laptop to finance a high-priced date if he wins the competition.

In a recent development, two new members have been added to the Survivor contestant list.

Contestants Maria Green and Anders Otterlei were both told last Thursday, Feb. 9, that they were being added to Survivor. The other eight contestants weren’t told that Green and Otterlei had been added until Sunday night. 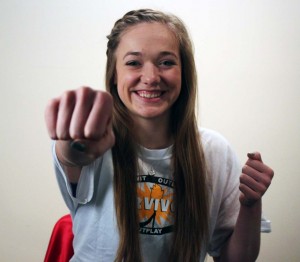 Maria Green likes the idea of being the wild card. “I like being the wild card because we’re already planning alliances and this throws people off,” Green said. Another strength Green thinks she possesses is that people trust her and don’t think that she would double cross them. How she plans to use her strengths is to play the game and try her best. If she wins the contest she will be happy because the laptop is the one she wants for college and it will save her money. 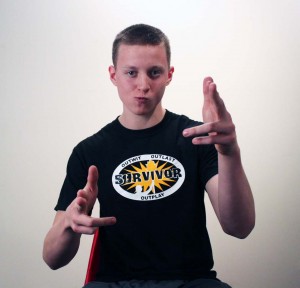 Anders Otterlei is coming into Survivor very confident. He plans to do his best in every competition and feels that by making alliances he will be successful and come out on top. Otterlei feels that he has an advantage by being the curve ball; leaving everyone shocked.  His strategy is to trust in his tribe and make alliances with people that he feels that will not vote him off. If Otterlei wins he will be happy to have a new laptop, but he looks forward to his own bed and a home cooked meal.