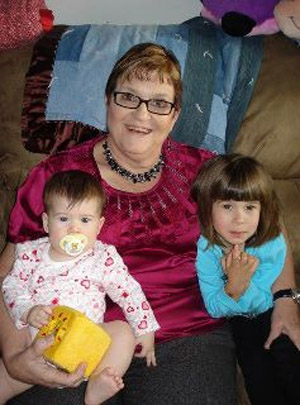 Forty years ago, when the West Linn High School Amplifier turned 50, things were much different than they are now. Much has changed over the last 40 years, including the people. What hasn’t changed are memories- treasure them and cringe at them, but the high school years are something people tend not to forget.

“Sock hops, bouffant hair, lots of crinoline slips to give a girl full skirts, pop-bead necklaces, peter-pan collar blouses with your name on the collar,” were the trends of the time, according to Burns.”Beach-blanket movies” starring Annette Funicello and Frankie Avalon lit up the TV’s of teens everywhere; the voices of rock n’ roll, Elvis Presley, the Beach Boys, The Beatles, Bobby Vee and Jerry Lee Lewis, flooded from their speakers.

“I liked all of the singers and groups,” Kathryn Burns said. “My parents were very strict, so I wasn’t allowed to attend movies, unless I snuck out. So I didn’t see very many movies!”

The stand-out events of Burns’ high school years are noon dances in the activity room, Cotton Day, May Day and Homecoming. May Day and Homecoming are still celebrated at WLHS today, but Cotton Day seems to have disappeared. Burns explained that the girls wore really nice cotton dresses and each class picked the prettiest one. From those, they voted on the Cotton Queen.

Another memory outside of school includes the “space-race” between Russia and the United States. While President John F. Kennedy was in office, Yuri Gagarin of Russia became the first man to go into outer space, and John Glenn was the first American to circle the globe.

Burns loved school and enjoyed being with friends. She liked both her teachers and her classes. Her most memorable teachers were “Mrs. Gilbert, Junior English, who taught me how to write well,” said Burns. “And Mr. Adams, American Problems, who taught me how to think about important issues.” One of the reasons she enjoyed and appreciated Mr. Adam’s class was that he had a sense of humor, but never laughed at anybody’s opinion.

As for sports, Burns remembers there was “always a huge crowd” for the football and basketball games, but there were no girls’ sports like basketball or volleyball. “We did have a girls’ swimming team and a trampoline team,” she said.

Though an interesting and event-filled year, the most memorable thing from the year of 1962 for Burns was being asked to sing a solo at her graduation. She sang “I’ll Walk with God.”

Her faith continued to be fostered by Burns’ role models, “women in [her] church who were smart, career-minded, fun, and lived out their faith.”

For four years, what students want to be when they leave high school is a question that hovers over their and lurks in their minds, because most of them realize how close the end of their high school career really is.

“In high school I thought I wanted to be an elementary school teacher,” said Burns. She is now a professor at Northwest Nazarene University, working mainly with the freshmen, helping them be successful in college.