Madison Leek runs the course of life in track and soccer 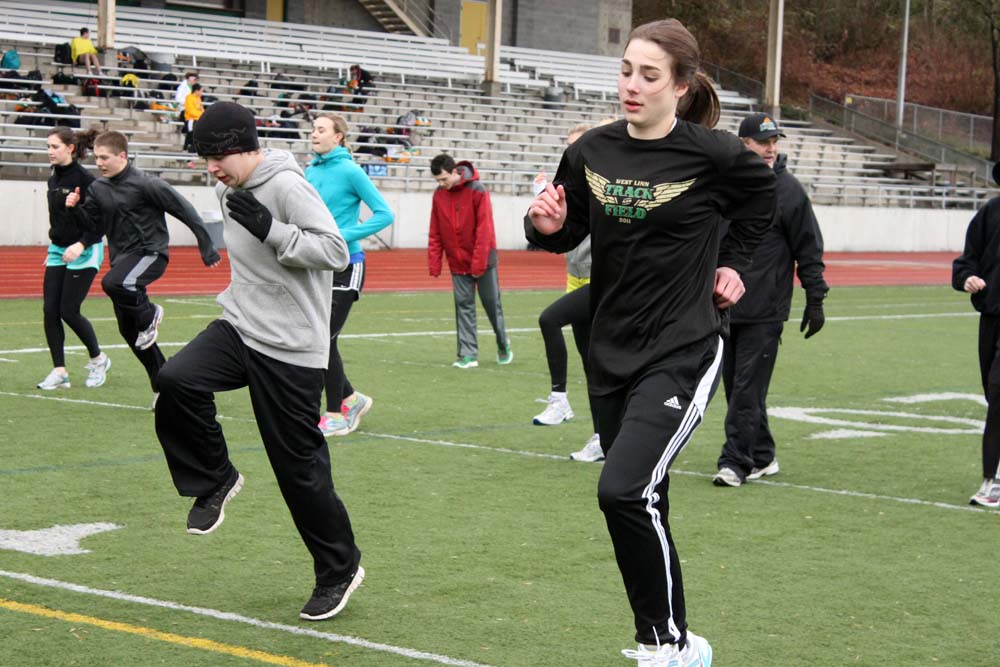 Working hard is junior Madison Leek’s mode of operation. She wants to improve and to know that as she’s racing down that lane on a narrow strip of tartan that this finish will be better than the last. As a track star at West Linn, she has broken two individual records 12.37 seconds in the 100 Meter Dash and 25.77 seconds in the 200 meter. Leek also takes her blinding speed to the soccer field where she has experienced her best success.

Soccer is Leek’s primary sport and she has received a scholarship from Arizona State University for her talent. She has been playing the game since she was five, and soccer is her passion. Winning four state championships for Oregon soccer and regional Olympic Development soccer player, the fast-paced sport is her bread and butter. Leek plans to play soccer in college, and hopefully major in sports medicine.

Leek’s family has always shown its support by going to her local games. Her only sister Paige, freshman, along with her father, Don, and mother Chris are there to cheer for her. Paige also took up soccer when she was young, so soccer is a family event which often includes their grandparents decked out in their Lion gear. Although Paige retired from soccer, she still has passion for the game, as a spectator.

The countless hours Madison has put in to achieve a Division I scholarship included the long drive out to Beaverton to the Tualatin Hills Park and Recreation District Center. Her grueling practices and hours of conditioning helped her to one up other players. When injured, Leek didn’t quit. She went to physical therapy and received treatment needed to return to the field as soon as possible.

“Do you see her complaining?” asked her soccer coach, Gaff Leland at one fitness session at the THPRD center to the younger girls.

“Madison Leek is a class act,” her track coach Joe Cerny said, “she works very hard and she’s a very humble person, and a good leader.”

Besides soccer, Leek holds a 3.7 GPA. Her usual weekend consists of waking up early to watch a soccer game on television, then squeezing in a bit of homework before she leaves to go play a game of soccer, and then she usually finishes with a visit to her grandparents.

Leek has big plans for her senior soccer season next year. She is looking forward to mentoring the underclassmen and scoring more goals. Being on varsity soccer for three years–starting freshman year–she worked hard and last season she was named the position of co-captain.

For the coming track season, she is “excited to compete and get better.” As a junior, Leek is also excited to rekindle old relationships on the team.

In the future, Leek plans to intern and move out after college but says she will miss her sister, parents and friends while she’s gone. Before she can tackle ASU, she has to take on senior year and plans to try for a spot in National Honor Society. She has her sights set high and is confident she can accomplish her goals.