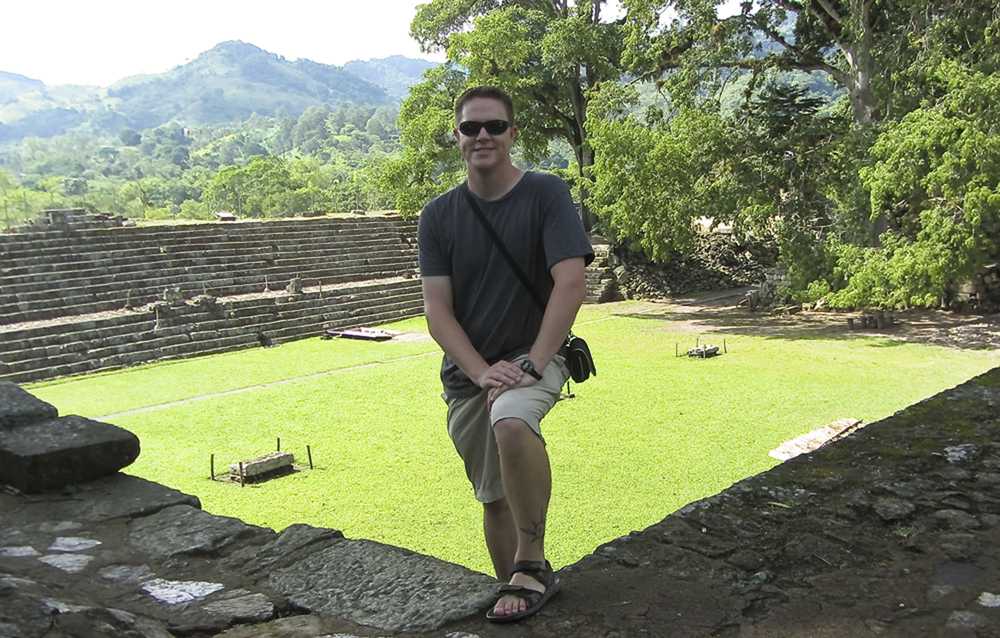 Returning from the beach town of La Ceiba in the pitch black went from a casual drive back to San Pedro Sula, Honduras, to a silent, awestruck car ride. The driver turned the corner and within seconds the car was forced to swerve. In the headlights there lies not a dead animal, but an unmoving person in the middle of the road. Gabriel Flynn, Spanish teacher, sees the spectacle before his brother, Travis Flynn, and looks at him, giving him a look asking, “Did you just see what I saw?” Flynn’s trip has just turned from a nice vacation in Honduras to a real life horror story.

The United Nations has listed San Pedro Sula as the the deadliest city in the world. This is because of the horrific crime rate and large drug trafficking business. San Pedro is one of the main cities where this business is prominent, cocaine being the main drug that is controlled. The drugs come from South America, where drug lords will smuggle the drugs into the United States and surrounding countries from there.

“We were going to stop to check [the body] out, but it is ill advised to do that type of stuff because the country is so dangerous,” Flynn said. “If we stopped it could have been a setup.”

Honduras is a very poor country with 75 percent of the people living in poverty on rivers and in shanty towns. They have to filter their water and even the locals don’t drink it. Flynn said he saw a lot of poverty in South America, but he has definitely not been anywhere as dangerous as Honduras.

“It definitely makes you appreciate the comforts and life we have in the United States as well as how safe we are,” Flynn said. “My brother and I travel a lot and are safe travellers and the host family lives in a relatively safe part of the country. We like to see different parts of the world in order to see how other people live. It’s a totally different world out there.”

Flynn took a trip to Honduras for the first time with his older brother, who planned the trip, and his two young children, River, four, and Cris, three, to reconnect with the host family he lived with in high school. They took the trip at the end of July for ten days in San Pedro Sula, spending most of the time in and out of the city with his host family. Flynn did a lot of sightseeing, including going up to the coast in La Ceiba and visiting the Mayan Ruins in the town of Copan.

The group tried to stay in touristy areas during the trip. Encountering the body was “the biggest thing we encountered on the trip,” Flynn said.

Flynn recalled seeing private security guards everywhere while they were shopping. There were guards with loaded guns because of all the violence in the country, and as a result, a corrupt government and the drug trafficking business. In September 2011, Honduran Defense Minister Marlon Pascua claimed that 87 percent of cocaine which is sent from South America to theUnited States passes through Honduras. The drug trafficking business is a prime explanation for much of the violence that is present in Honduras.

“Right after we saw the body, everyone was quiet for a minute, then started talking about if he was dead or alive,” Flynn said. “At that point, you don’t realize how dangerous that country is until you actually see the result of the violence that takes place there. The first few hours were tough to get over as a result of the shock, and we were more quiet the rest of the car ride. The saddest part about it was we were helpless to stop.”

Many would question the decision to take a vacation to Honduras. Flynn said that despite the body incident, the trip was fun.

“The citizens are truly nice people. Despite the hardships they face, they have a very positive outlook on life,” Flynn said. “This is probably because they have seen so much in their country that if they don’t have hope it will only make matters worse. If they have hope, they have the belief that there is a better life. Poverty is sort of a motivator.”

Sightseeing on his trip, Flynn saw a lot of high mountain areas, jungle areas and tropical animals, especially all the different types of birds. Specifically, the Macas would fly over their heads at the Copan ruins.

Flynn has travelled to many countries in his life but learning about life on this vacation makes his trip to Honduras a memorable one.