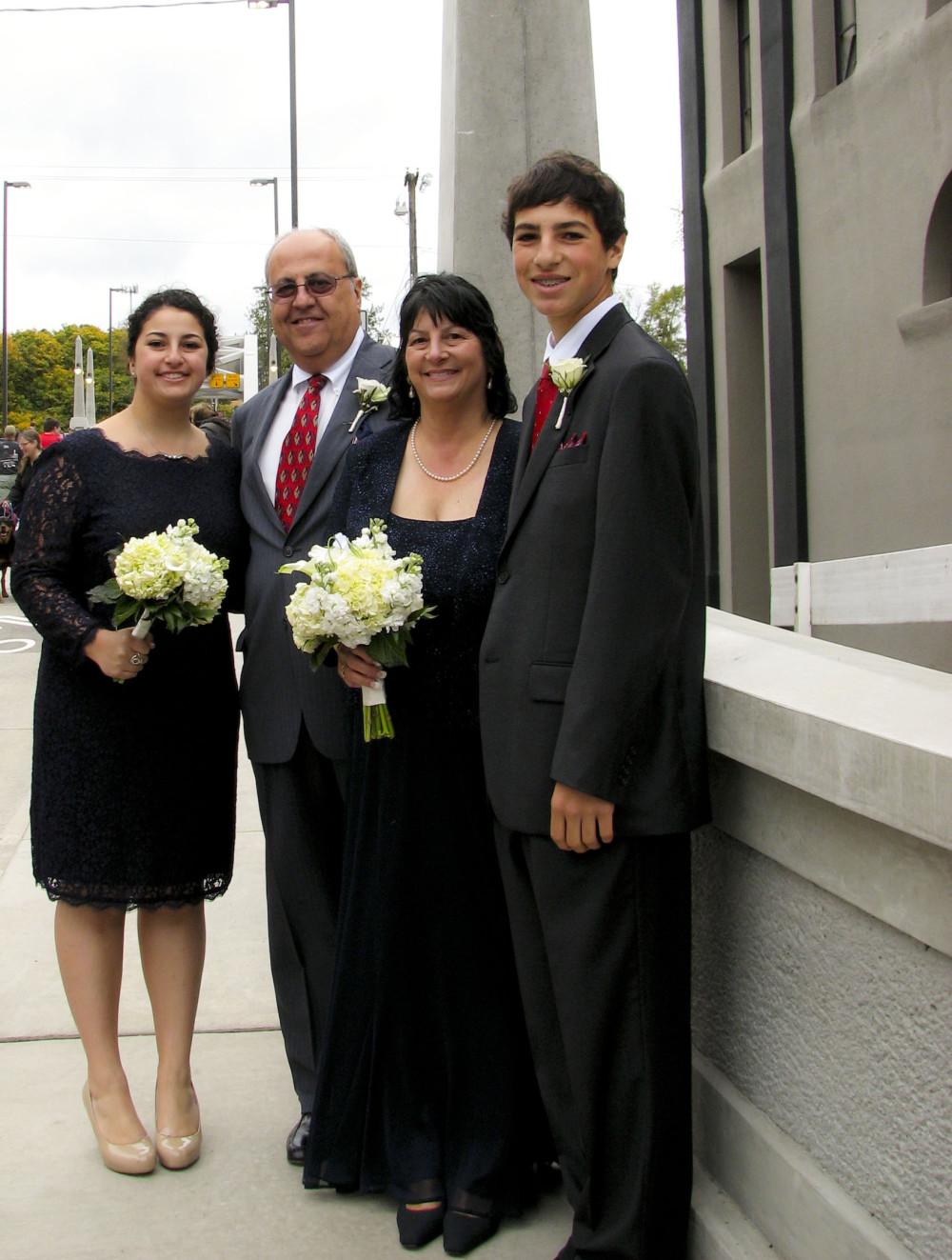 The West Linn Old Time Fair is a special time for families in West Linn every summer. This July, the West Linn City Council had a booth soliciting for West Linn couples willing to renew their wedding vows as part of the festivities for the reopening of the Oregon City Arch Bridge on Oct. 14. Toni Layoun, a West Linn mother, stopped at the table and expressed interest.

It was an obvious decision for Layoun because her actual wedding anniversary was on the day of the bridge ceremony.

Toni and her husband, Michel, were chosen out of approximately 50 other couples as the West Linn couple to renew their wedding vows on their 23rd anniversary. Renee, junior, and Kevin Layoun, sophomore, joined their parents for the ceremony. Ted and Sherie Anderson from Oregon City were joined by their two college-aged daughters on the stage at 1 p.m. as well.

“It was cool because my parents were getting their vows renewed; I am with them all the time. It wasn’t someone else’s wedding,” Kevin, sophomore, said.

The ceremony lasted for 15 minutes and a small wedding reception followed.

“A bunch of people who were interested in the bridge renovations watched the ceremony and just moved on and walked over the bridge,” Layoun said.

All couples were invited to the Pacific Crest Ballroom in Oregon City for a reception from 3 p.m. to 5 p.m. The ballroom is facilitated by the Oregon City Elks, a service organization who collects items for the homeless and helps out around the community. The reception featured complimentary cake and a disc jockey.

The best part about the vow renewal?

“Knowing that they’ve been together for 23 years, that’s pretty cool,” Layoun said.