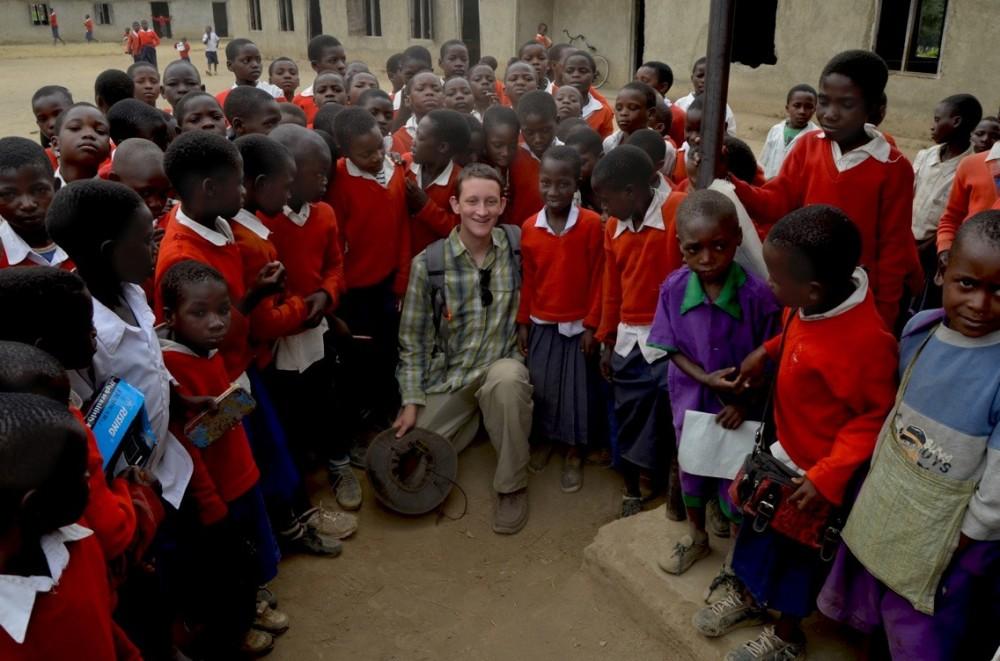 Africa: a continent of unimaginable beauty and sorrow, the birthplace of the human race, and a place with some of the lowest life expectancies on the planet. Oliver Muggli, senior, experienced the continent of contradictions earlier this fall when he travelled to Africa.

“Africa Bridge works to improve the lives of the most vulnerable children in Tanzania by increasing access to education, healthcare, and by building sustainable economic infrastructure,” Oliver Muggli, senior, said.

Muggli has been involved with Africa Bridge since 2004 when he was in fourth grade; he now sits on the board of directors. This was Muggli’s first trip to Africa. Other members of the organization include Roger Woehl, former West Linn-Wilsonville school district superintendent, and Barry Childs, the founder of Africa Bridge.

In Tanzania, Muggli spent three days on a safari in Ruaha National Park and then continued on to the town Tukuyu in Southeast Tanzania. From Tukuyu, Muggli and the other members of the Africa Bridge organization travelled to surrounding villages to talk to villagers and experience cultural ceremonies.

One such interaction he had with a villager was when a man came up to talk to him while he was walking through a village. The man was wearing a suit that did not fit him and he was missing a few teeth, but he told Muggli and the other Africa Bridge members that he was lucky because a few years prior he had only had a white sheet to wear. He couldn’t feed himself or his family but Africa Bridge had given him a cow and he was able to survive and improve his life. Muggli was deeply affected by this and the other experiences he had in Tanzania and it reinforced his feeling about the work Africa Bridge does.

The cultural experiences that Oliver had included a process known as “itafake”, meaning “protocol.” This involved singing, dancing, introductions and a progress report. After the itafake, the group would meet with the villagers face to face, and talk with them about their lives and their plans for the future.

“The people I met; their lives, their relationships, and their strength opened my eyes to a side of the world I could never have imagined,” Oliver said. “There is struggle, there is loss and there is pain, but through it all there is hope.”