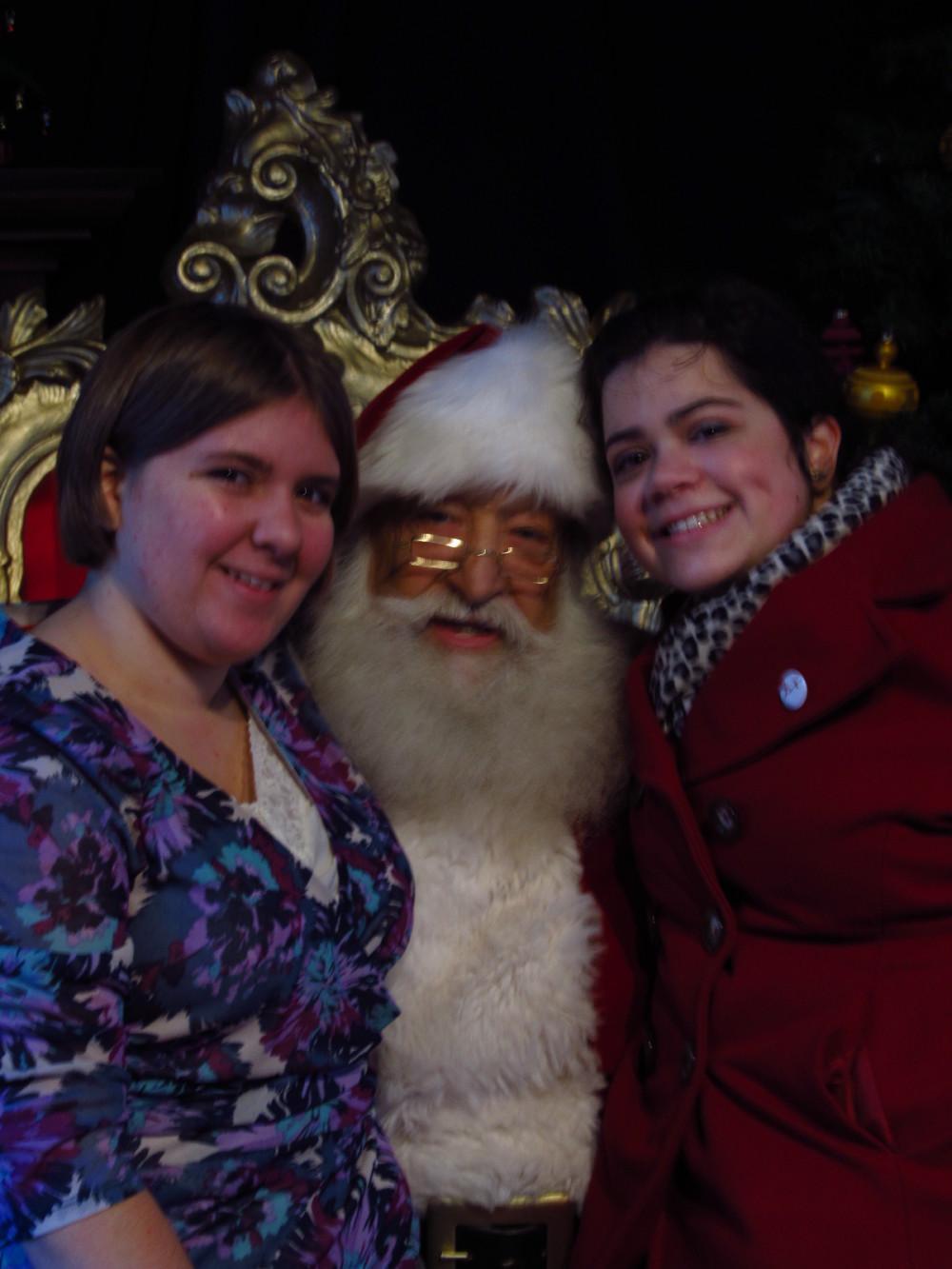 Santa Claus was born 493 years ago. He began delivering gifts worldwide by the time he was in his 100s and has been listening to Portland’s Christmas wishes for 26 years. At Pioneer Courthouse Square, Santa is continuing to make dreams come true.

“Santa Tom,” one of the Santa Clauses on the Square, has worked at Macy’s in the past. Recently, Macy’s corporate higher-ups insisted Santa wear a fake beard in order to have all Santas look the same. If Tom would shave his beard then they would hire him, but he refused and so he is the Santa of Portland’s Santa House. This is his second year “On the Bricks.”

Tom began his Santa career 10 years ago, driven to help people by sharing the joy and faith that Santa Claus represents.

“I am called the Praying Santa as I care for everyone,” Tom said.

He has heard many children’s hopes and dreams over the years, from wanting the return of a child’s brother from Iraq to a Christmas tree to being at a child’s mother’s house: “she has no presents or a Christmas tree but she would have me.”

Santa Tom is inspired by the quote from the famous 1897 New York Sun editorial: “Yes, there is a Santa Claus. He exists as certainly as love and generosity and devotion exists. Alas, how dreary the world would be if there were no Santa Claus. Thank God he lives forever.”

Santa Tom and his colleague Santa Phil are available to hear all Christmas wishes from 9 a.m. to 9 p.m. every day until Christmas Eve, during which they will be available until 5 p.m. More information is available at www.portlandsanta.com.