WLHS’ Gay-Straight Alliance welcomes all students to a safe environment 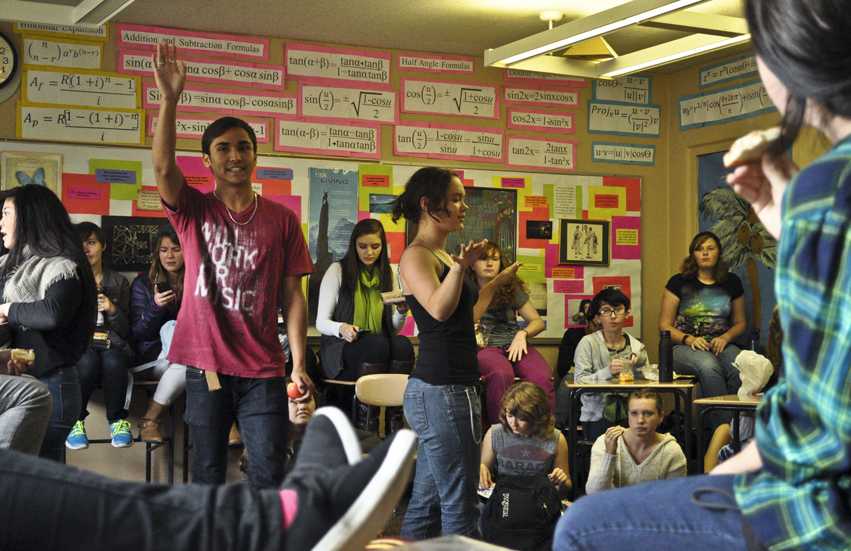 A WLHS club had over 40 students attend in its second meeting of the school year. Unknown to many, Gay-Straight Alliance provides a space where students can be themselves in a completely positive environment. It welcomes people of all sexual orientations, gender identification and beliefs.

“GSA is important for our school to have because people can begin to understand that members of the LGBT (Lesbian Gay Bisexual Transgender) community are people too,” Freyja Doherty, senior and club co-president, said, “human, natural, and equal.”

The club is advised by Nicole Kintz, math teacher, in her room every Tuesday during lunch. A normal club meeting consists of members introducing themselves and discussing personal, local and global events and issues as well as answering questions about the LGBT community. Along with weekly meetings, the club occasionally travels to different events, such has the Nike Youth Forum for LGBT students.

“From being in GSA I’ve learned a lot about LGBTQQIAP (Lesbian Gay Bisexual Transgender Queer Questioning Intersex Asexual Pansexual) issues in society, made a lot of friends and found a place to express my feelings on all sorts of issues,” Janae Turner, junior, said.

“I was completely blown away and on the verge of tears [by the number of attendees]. All of the support for our community is amazing. After feeling so isolated for so long, it was great to be surrounded by so many supporters. It was mind-blowing and emotionally-wrecking,” Doherty said.

Doherty invites all students to attend meetings, especially those who are supportive of the community or people who want to learn more about it.