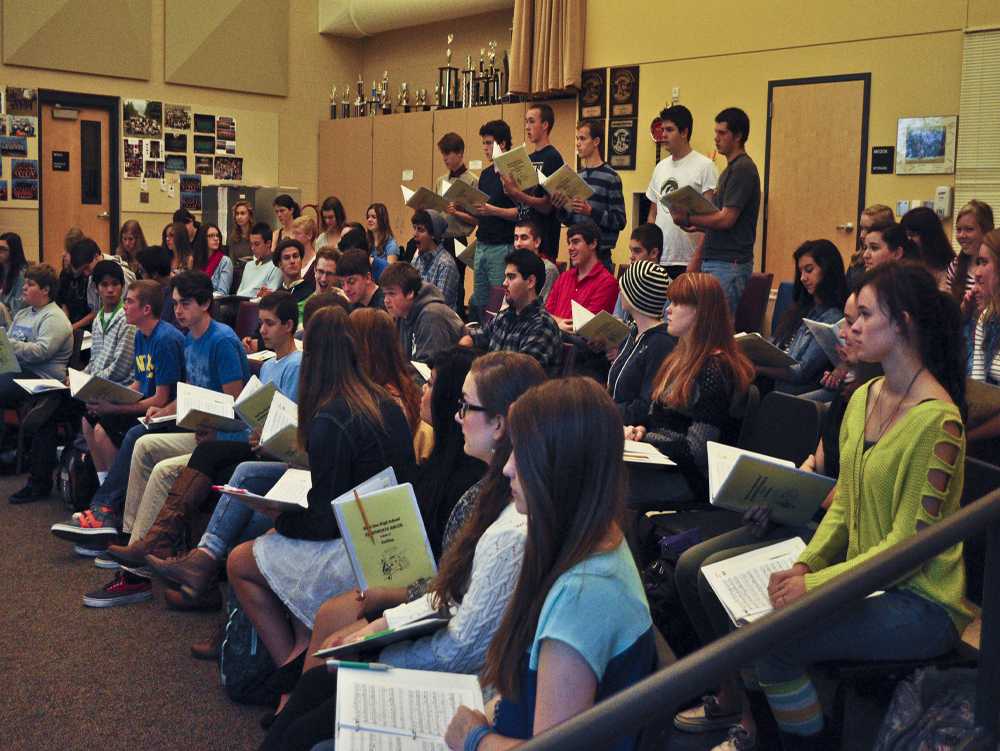 Sauntering into the choir room, looking around not knowing what to expect, but ready to do the one thing Zac Woodworth, freshman knows best, singing. That is what he feels he was born to do.

Not only has Woodworth been singing since he was 18 months old, but on his dad’s side of the family his relatives are all musical in some way. Both his uncle and grandmother have been in bands and his cousin, Michael Allen Harrison, is a well known piano player.

Barb Fontana, the choir teacher, described how not just juniors and seniors can be placed in Symphonic Choir. Experience with singing is important, and age is not always paired with experience.

“Some kids that are younger may have a lot of background with singing and music and it’s unfair to exclude them from Symphonic Choir when they have the same skills as the older students,” Fontana said. At WLHS it is rare to have a freshman in symphonic choir; Fontana has only had three in her 20 year career of teaching that level of choir.

Woodworth decided to try out because he wanted to be challenged and learn to perform better. He described the audition as “pretty intense but manageable.” Fontana chose Woodworth because he “has the range, sings with maturity, can sight read, and sings with beautiful tone,” she said.

As a tenor, Woodworth’s favorite songs to sing are ones written by John Mayer and Michael Buble. He likes all genres of music except for country. He has never been too nervous to perform in front of people—it’s something Woodworth actually enjoys. In fact, he won Rosemont Idol last year at his middle school.

At the start of school, choir was a bit intimidating, but Woodworth soon felt at home as he joined  the class and met people. He plans to stick with choir throughout his high school career and beyond. But for this year, Woodworth would love to just make music and take every singing opportunity he can.