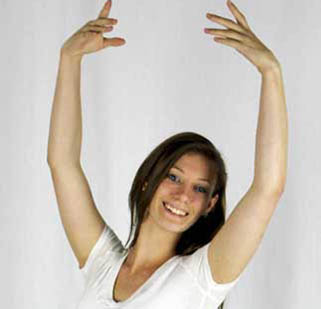 Hannah Russell, freshman, is not only is a straight A student, but she is also an avid dancer with Oregon Ballet Theater’s school. Russell’s mom, Shelley Russell, who is a former modern dancer with a church company, enrolled her in ballet class when she was four. Russell has been dancing for ten years and has developed a passion for it.

In addition to ballet, Russell also enjoys reading, art and photography. “I love the arts in general. I want to do something involving the arts, whether it’s dancing professionally, taking photos or drawing,” Russell said.

Russell is channeling her love for art by taking Art 1 and Photo 1. Two of her photographs have received awards, including her photo Caged, which is on display on the D porch at West Linn. She also enjoys drawing, she thinks it’s a great way to take a break and relax from school and ballet.

She has participated in several of OBT’s productions such as Carnival of Animals, Coppelia, The Nutcracker and her favorite, Rose City Waltz, where she was a tutu girl. She has also danced in a pointe variation, Etudes.

Russell will be in OBT’s production of The Nutcracker this year. After trying out for various parts she was cast as a Candy Cane and a Maid.

Her biggest inspiration is Alina Cojocaru, principal ballerina with English National ballet. “She is an amazing dancer and she is gorgeous,” Russell said.

If you would like to see Hannah Russell in OBT’s production of The Nutcracker the showings are Dec. 14- Dec.20 at downtown The Keller Auditorium.