Will Sato, OHSU intern, looks forward to a future in medicine 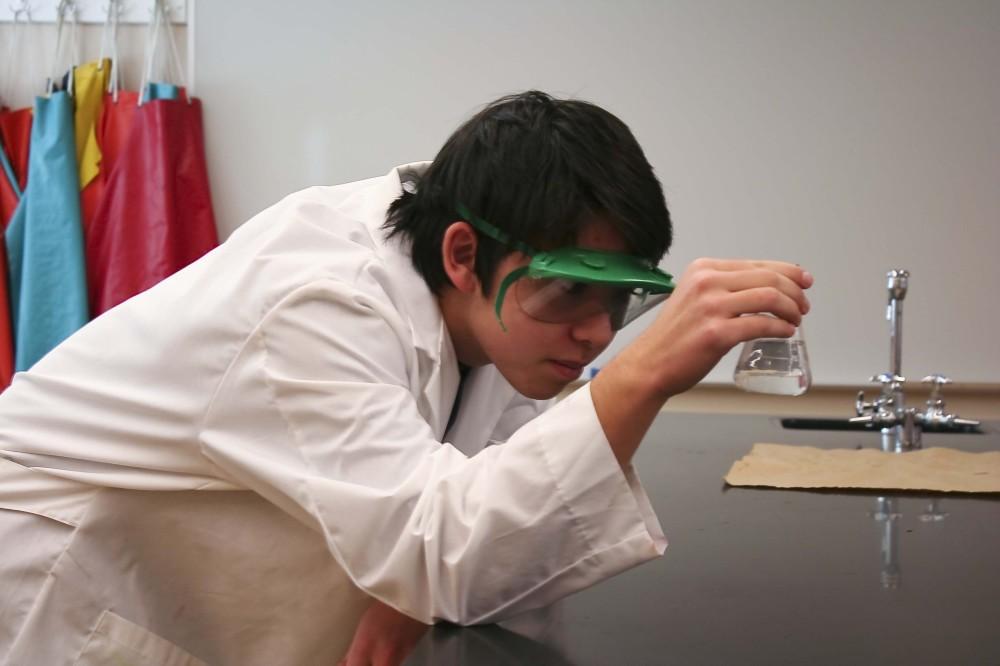 Each Friday night while most students crowd into the stands at sports games, or relax with friends, Will Sato, senior, takes the long drive to Portland where he works for hours on end. Sato doesn’t mind though, as he is doing something he finds far more important than social events. Sato has always had an interest in the medical field and finally and this school year he has been able to pursue that interest with an internship at the Oregon Health and Science University.

“I am a volunteer guide there,” Sato said. “I help patients and family find where they need to go in the hospital.”

Sato decided to interview for the internship as an opportunity to experience life in the hospital. Although the internship is unpaid and he mostly does odd jobs, he was still able to gain a better idea of what happens at OHSU.

“The biggest advantage to the internship is getting a feel for the environment, and getting to talk to some of the healthcare professionals,” Sato said.

Sato hopes to have a career in the medical field after college, and the internship has allowed him a more in-depth knowledge of the career he is pursuing. After volunteering at the hospital over the last several months, he is only more excited for his future in medicine.

“The internship has made me more excited,” Sato said. “It’s been pretty much what I had expected, but just being around that environment makes me want to get into the field even more.”

Despite describing the experience as “invaluable,” Sato admits there are some negatives to the job. One of his worst tasks was pushing around an extremely overweight woman in a wheelchair.

“Getting up even the shallowest of inclines was the most excruciating job,” Sato said. “Maneuvering her around the intricate hallways of the hospital was near impossible.”

Sato hasn’t particularly enjoyed his mundane grunt-work there, but he has loved hospital environment. Daniel Tang, junior, who also has had experience as an intern at OHSU, has echoed the same points as Sato.

“It feels natural to me being in that hospital environment,” Tang said. “I really like meeting people there who have the same interests as me. There are a lot of great people at OHSU, and you feel like you’re making a difference.”

Overall, Sato and Tang would both recommend this internship to anyone else thinking of studying medicine.

“It has been an invaluable experience for me seeing how the hospital works, and helping patients,” Sato said.

Sato has taken a lot away from his time at OHSU and hopes to be accepted into Johns Hopkins University, or University of Washington before moving on to some sort of career in medicine.