From privileged streets to the slums.

The Seigneur’s venture to Africa for an eye opening vacation. 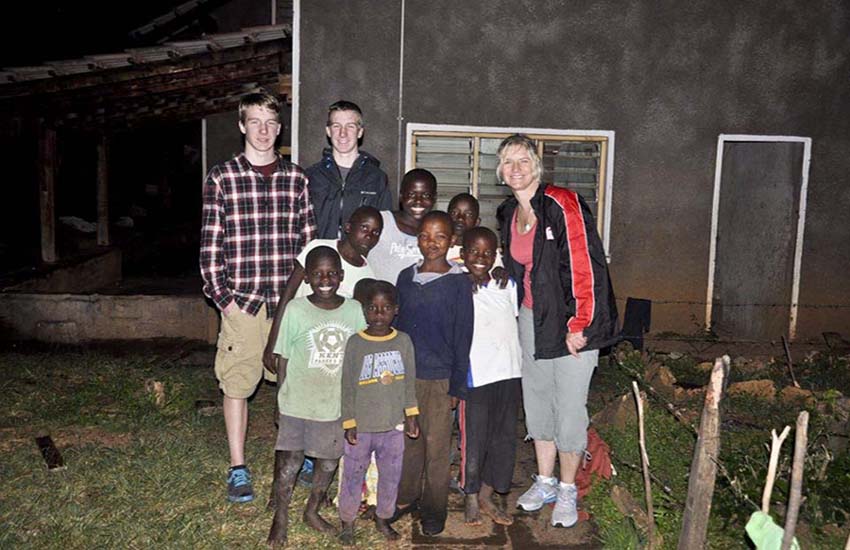 Micki and Wesley Seigneur took a once and a lifetime vacation to Africa when they visited Kenya, Tanzania and Rwanda. While in Africa they realized how different life is there. Micki And Wesley interacted with children through soccer at an orphanage in Kenya.

From the relative wealth of West Linn to the poor slums of Africa, Micki and Wesley Seigneur, sophomores, traveled across Africa from Dec. 26 to Jan. 8. The trip was primarily for fun, but while traveling through Africa they experienced some of the continents culture and gained a new perspective on life according to Wesley.

“The first thing we did once we arrived in Kenya was visit Lake Victoria,” Wesley said. “It was nothing at all special, just a dirty lake were the locals washed their cars and dumped their trash, but after we visited the lake we went to a grocery store to eat and before entering we were searched my heavily armed guards. This made me realize how different Africa was.”

The Seigneurs traveled to Africa with their mother Cornelia Seigneur. They went to Africa to visit their sister Rachel Mammele, class of 2008, who is studying African politics abroad. After staying in Kenya for four days, then Rwanda for two days, they ended their trip in Tanzania for four more days before leaving.

Right after they left the grocery store they traveled to a local orphanage run by the organization Diguna in Tinderet, Kenya. They were visiting a friend who had been volunteering for two years at the organization. While at the orphanage, the Seigneurs made a generous donation and both Micki and Wesley had a chance to interact with the children by playing soccer with them.

“The children in the orphanage were all very nice and appreciative of everything they had,” Micki said. “They didn’t take a lot for granted especially the soccer balls we gave them. Usually when the children at the orphanage didn’t have a soccer ball to play with they would make one out of almost anything.”

After their trip to the orphanage they spent the remainder of their time in Kenya at the Oldarpoi Mara camp. The Seigneurs all went on a safari and experienced the culture of the Masai. After the safari Micki, Wesley and the rest of their family were invited to a Masai Village were they were shown some of the people’s customs and rituals.

“We were able to see a ritual dance were they would jump up and down and the man who could jump the highest got the girl,” Wesley said. “We were all also able to peer insides their huts which were made form elephant dung.”

After Kenya they traveled to Rwanda for two days where they visited the Kigali Genocide Memorial Center.

“The genocide museum was really dark, but well done as it showed victim accounts and showed chronologically what happened and how little the U.N helped,” Micki said.

In Tanzania, were they explored the beautiful beaches of Zanzibar and returned home only four days later completing a once in a lifetime trip.

“Africa really opened my eyes because some parts are very poor, and you always had to keep an eye out,” Wesley said. “ It is nothing like West Linn it can be very dangerous.”