The junior plays a vital role in the West Linn Varsity Boys Basketball team mission to repeat at State. 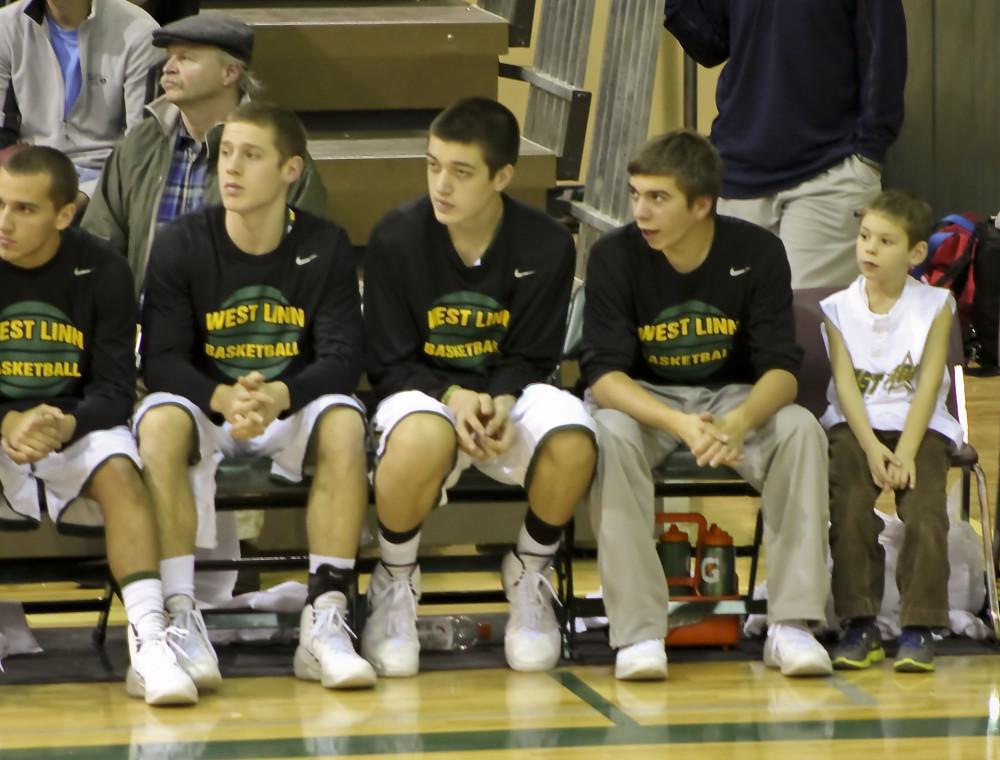 State Champions: star athletes, coaches, fans. Unheralded State Champs: Team managers. The manager’s job goes unnoticed by many but they are equally important in the quest for a title.

March 9, 2013. The buzzer sounds in the Rose Garden and the West Linn Varsity Boys Basketball team has just won State over Central Catholic, 45-41. Lion players rush the court in celebration and included in the mix is then sophomore Ben Baldwin jumping up and down with the team. Baldwin isn’t some crazy West Linn fan who made his way onto the court, but rather has been with the team since freshman year as the official team manager.

“I didn’t make the cut freshman year,” Baldwin said. “After the last day though coach Eric Viuhkola asked to talk with me; he said he liked my teamwork and passion and asked if I wanted to be the manager. I said yes and have been so since.”

Baldwin has many responsibilities to help run the team smoothly, including setting everything up prior to games, helping players stretch, even filming games. Baldwin isn’t the stereotypical water boy, in fact he is as much a part of the team as any other player and coach.

“I go to every game, home and away, I went with the team to Hawaii, I’m one of the guys,” Baldwin said.

“Ben is probably the best manager we have ever had,” Viuhkola said. “He’s dependable, comes to every practice, and is always able to follow our practice plan.”

To some, being an official team manager might be stressful enough along with school and other responsibilities, but to Baldwin it’s just another day on the job.

“There’s really not too much stress to it, everything generally runs pretty smooth,” Baldwin said. Being the team manager has its benefits as Baldwin was ingrained with the team during its state title run last season. In fact, Baldwin realizes just how lucky he is to have this opportunity.

“I received a ring after State and that was pretty cool,” Baldwin said. “Not many people get a chance like this so I’m one of the lucky few to say they’re part of a championship team.”

Like many students in attendance at either the playoff game against rival Lake Oswego, or the State Championship game against Central Catholic, those two events will be remembered by everyone there, including Baldwin.

“I remember both of those games vividly,” Baldwin said. “They were amazing games and something I will never forget.”

“I really don’t care what sport it is as long as I have the chance to be a team manager. That’s all I can ask for,” Baldwin said. Right now though, all Baldwin is focused on is the season at hand and hopes to manage the Lions to a second consecutive state title.