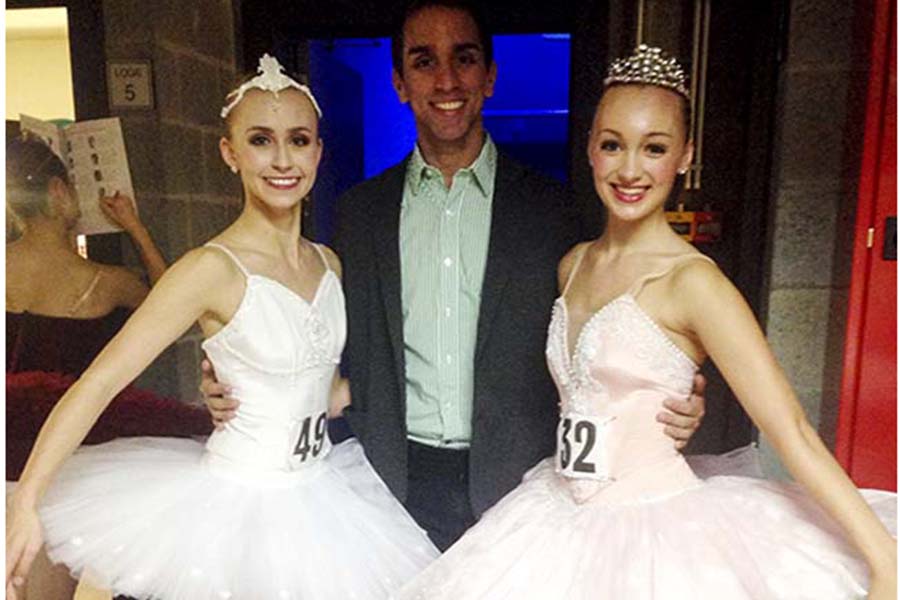 Sarah Taylor, senior at Jesuit High School, Ricardo Amorante, choreographer who taught the commissioned variation, and Allison MacMillan, senior, competed in the Genée in Antwerp Belgium. If you are interested in seeing MacMillan perform in the upcoming show “A Nutcracker Tea” tickets are available at http://www.nwdt.org/portlanddanceinbloom.html

For 14 years Allison MacMillan, senior, has counted dance as one of the most important things in her life. “I started dancing when I was three because my mom signed me up for a class,” MacMillan said. “I love being with the music and expressing myself.”

MacMillan loves many things about dance but one of her favorites is, the feeling of mastering a tough step that she has been struggling with.

“I feel so accomplished and confident when I can finally master it,” she said.

Due to the demanding practice and performance schedule MacMillan misses out on many social events, but according to her, “most of the time it turns out to be worth it.”

Two weeks ago, MacMillan competed in the international Genée competition held in Belgium. In order to be eligible to compete, the dancer has to have completed and received a distinction, the highest score one can earn on the Advanced Two exam. Shortly after finding out she qualified, MacMillan, along with two other June Taylor’s School of Dance students, began to prepare her pieces for competition.

They spent almost every day during the summer in the studio to prepare for the ten day long competition and had to prepare two different pieces to perform.

“I prepared a classical variation that I chose from a given group of variations and also a ‘dancer’s own’ piece that Cameron Smith choreographed,” MacMillan said.

Once in Belgium, and MacMillian had a few days to adjust to the time change and to sightsee, to take dance classes in Paris, France. MacMillan rehearsed her pieces in Theater ‘T Eilandje (where the semi-finals were held). MacMillan advanced to the semi-finals before being cut.

“The competition was pretty intense and I don’t think I will compete internationally again but I had an amazing experience dancing and meeting new people,” MacMillan said.

If you would like to see MacMillan perform, Northwest Dance Theater will be performing seven shows of “A Nutcracker Tea” in December at Portland Community College Sylvania. Tickets will be available at http://www.nwdt.org/portlanddanceinbloom.html