The task of two Rotary ringers may be difficult, yet the generosity of strangers is the best donation of all 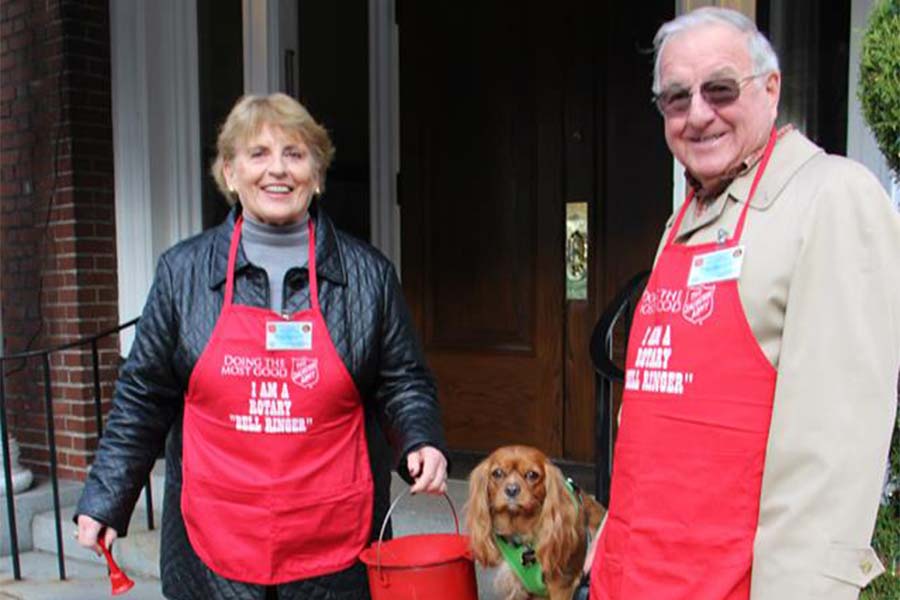 Lois and Ward Cook ring bells in front of Arlington Club to solicit donations for the Salvation Army. They are accompanied by their dog Malka, whose name is Hebrew for “queen.” The married couple volunteer as Salvation Army rotary ringers every Friday for an hour-and-a-half.

Above the rustle of traffic and the mechanical chugs of passing trucks, Christmas bells resonate near the Portland State University park blocks as several Salvation Army ringers jingle their coin buckets, clang their bells and smile at passerbys. One metallic chime echos from the ninth block of SW Salmon St., where Lois and  Ward Cook stand before the steps of the Arlington Club wearing red SA aprons. Their dog, Malka, perches herself upon a wooden stool and springs at the approach of a potential donor.

“People say, ‘isn’t she cute,’ and they start to pet her,” Lois said. “Then they look at us, and they have to give something.” 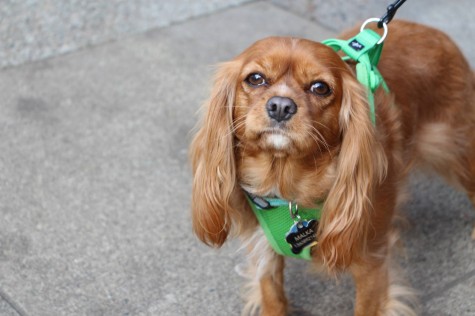 For two years, the Cooks have collected donations during the holidays; Ward has been a ringer off-and-on for 15 years. The Portland chapter of the Rotary Club has itself been present for 58 years and uses its treasury to purchase motorized vehicles for the elderly, contribute to other charities and more. Though the club generates around $300 per hour-and-a-half hour session, the cash is hard to come by. According to Lois, 80 percent of passerbys overlook Rotary ringers.

“But once somebody stops,” Lois said, “others do. It’s a chain reaction.”

The rarest donations are those given by the impoverished or the homeless.

“Last year, there were a couple of people who came up that had very little,” Lois said. “They got in their pockets, they dug out all they had and they gave it to us, and I thought that was a really nice thing to do. Obviously, you could tell they didn’t know where their next meal was coming from.”

Such instances prove “the theory that you feel better when you give than receive,” Ward said.

Though the Cooks had careers in mortgage banking, they combine this interest with volunteering using a simple philosophy.

“If you’re a business, you owe it to give back to the community, and you want to,” Ward said. “The community is keeping you in business. It kind of goes hand-in-hand.”