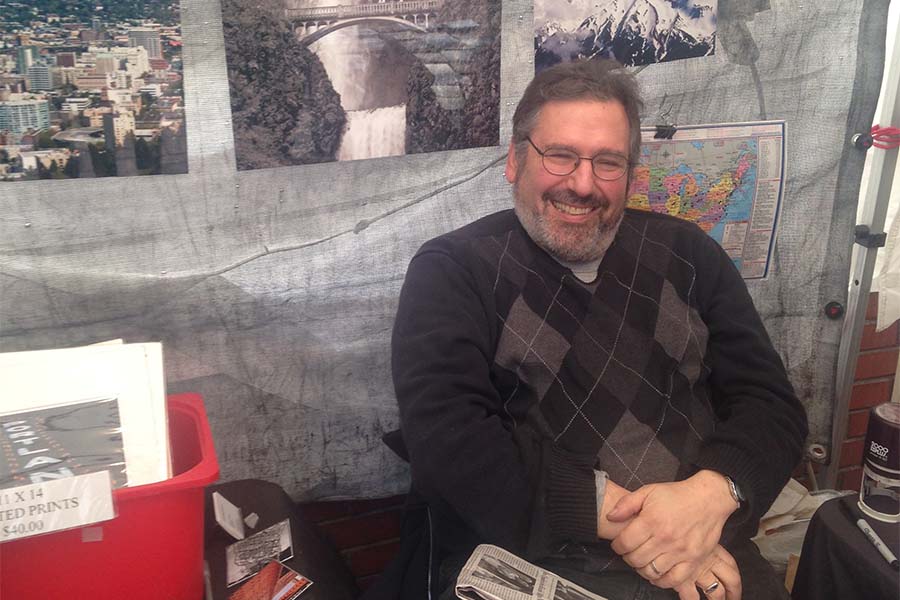 Richard Neal Lishner, former architect turned photographer, has been selling his photographs in the saturday market shortly after moving to Portland 30 years ago.

Every Saturday afternoon from March to December, the streets surrounding Portland’s Mccall Waterfront Park are filled with hundreds of artists, as well as art lovers. The stands lined back to back sell everything from paintings to jewelry to homemade skin-care products. This outdoor arts and crafts market, known to Portlanders as simply the Saturday Market, has provided a venue for artists to sell their work for 40 years.

“I never planned to be a photographer. I used to be an architect until that industry bottomed out in 2008,” Lishner said.

“(After moving to Portland) I started taking photos as a hobby. Then my wife told me I should take my photos to the saturday market,” Lishner said. “I went there with with no expectation that people would like them, and fortunately they did.”

The marks of growing up in Manhattan are still visible in Lishner’s mannerisms; the drawn out vowels of a New York accent, the exaggerated hand motions. Yet almost six years ago Lishner claims he suddenly realized New York was no longer the place for him.

“My wife and I woke up one day and didn’t like the weather and the traffic and realized we didn’t work for the government. We said we could go anywhere we wanted, and luckily we ended up in Portland.”

Although he had no former experience in photography, without a job, Lishner decided to start a new hobby and try taking photos of the Portland area. He quickly gained a knack for it and became hooked with the idea of “finding beauty in the unexpected.”

Now, his stand at the Saturday market is lined with pictures from all different perspectives of Portland — a dusty sunrise behind Mt. Hood, water droplets on the window of a Trimet bus, light streaming through the windows at Union Station. Lishner’s goal is to “capture moments that other people might not notice.” 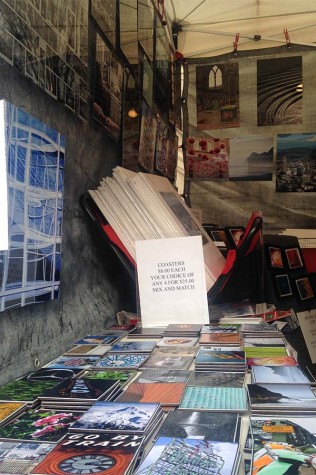 “Don’t get me wrong, I don’t make a lot of money from this but it’s what I love to do,” he said. “I take great pride that these (photos) are my personal work, I do them for myself. It’s just nice that other people like them too.”

After living all the way across the United States, Lishner recognizes that the opportunities for artists are very different in Portland.

“I couldn’t do something like this anywhere else,” he said. “In New York I’d be thrown off the street. Here, they give you a stand and say ‘come back every Saturday.’ That’s what’s so great about Portland.”