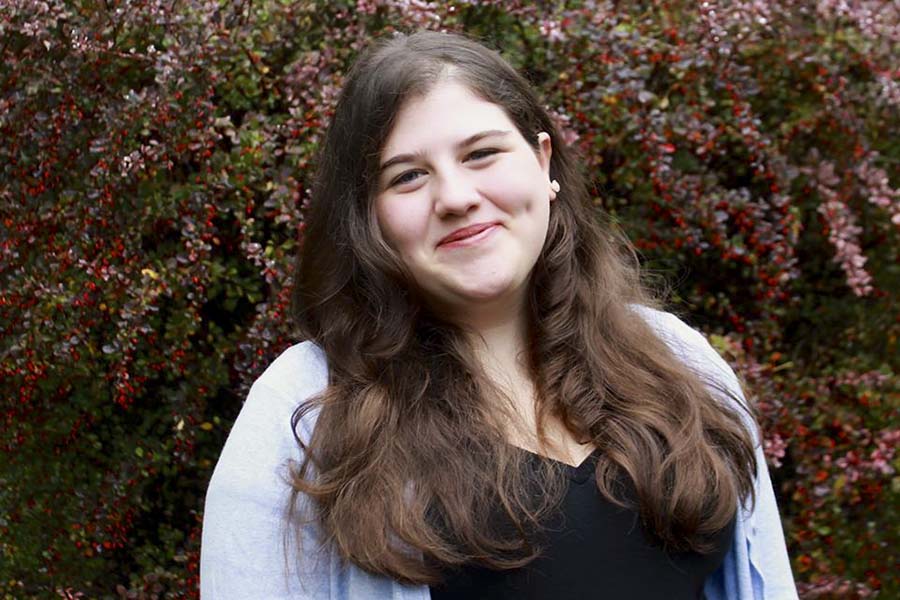 Growing up with what Madison Walters, senior, describes as non-musical parents, it might surprise some that she was recently accepted into three honor choirs. This makes her the only student at West Linn High School to do so this year. Right now Walters doesn’t know if singing will take her anywhere in the future, but she knows that she enjoys it. Walters is a Soprano 1, which means she sings in the highest soprano voice.

“I auditioned for the high school National Honor Choir,” Walters said, “but I didn’t get in.” Later she received a confusing email she didn’t understand. She showed her mom and together they figured out that she had actually attained a position in the National Honor Choir for college students.

The three choirs: All-State, Northwest and National Honor choirs meet each year. Previously, she participated in the Northwest Honor Choir during her sophomore year.

“It was wild. I was proud and honored to be chosen,” Walters said. For her audition she received some music to learn, which was difficult in places because of a time change in the music according to Walters. More than 3,000 people auditioned for the National Honor Choir and Walters was among the roughly 300 to be chosen. At the National Honor Choir concert, on Feb. 28,2015, those chosen will perform various arrangements of Latin American songs.

“Choir is great because it’s an emotional experience,” Walters said, “you get to pour emotion into the music.” One of the things Walters loves about choir and honor choirs is the opportunity to meet people with the same passion her.

“She was always super supportive,” Katherine Walters, Madison’s sister, sophomore, said. “She was able to help me with my singing when it was tough.” Together, the siblings sung in a talent show when they were younger – during the show Madison started singing her sister’s part, which garnered her an elbow in the ribs.

“I started doing choir in second grade,” Madison said, “and I was really into musical theater. I had a lot of fun with that.” When she was a child, Walters wanted to be a Broadway star, but she’s now more into classical music.

“I don’t really know what my plans after college are,” Madison said. In college she’s planning on focusing on English and History. Being a part of community choirs is what she envisions for her future in singing, and is happy with the opportunities that singing has opened for her.