A Summer In The Rain 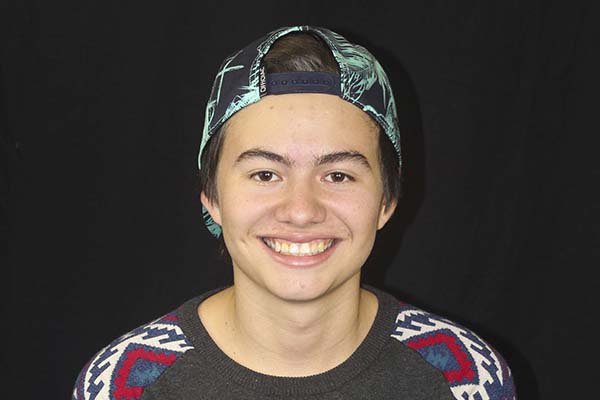 Andres Chaves, senior, spent his summer in the cold, rain and snow- a stark difference from the tropical beaches of Costa Rica. The 16 year-old found out about a program in which 25 students from Costa Rica travel to Oregon during their summer and vice versa.

Chaves stayed in Oregon for two months, the entirety of his summer. However, his summer correlates with Oregon’s winter. He said that West Linn is different in many ways from his home town, Barva, but the worst part is the weather.

“I miss the weather more than my mom,” he said. But the weather wasn’t all bad according to Chaves and he was excited to see snow for the first time.

Chaves enjoyed many interesting experiences during his time in West Linn. Besides seeing snow, he also loved meeting new people. His host family, the Rosses, made the trip possible. Ellery Ross, sophomore, played a big part in his transition to school, helping to show him around. After school, Chaves rode the bus home with Ross.

“It’s like having a cousin stay with us,” Ross said. Ross explained she learned Spanish from Andres and that he was super helpful with her Spanish homework. She said that he fit in really well with her family.

In the fall, Ross heard about a foreign exchange student program from her Spanish teacher Mary Klick. She was directed to a website where her family began the process of participating.

Chaves fit in with the school easily, despite the differences. For instance, Chaves pointed out that in Barva he takes 16 different classes per week compared to six that are taken in West Linn. He has also made many friends including Zac Woodworth, sophomore. Woodworth said that he was around Chaves a lot.

“He is really nice and easy to talk to,” both Ross and Woodworth plan on staying in touch via texting and Snapchat. Ross is also planning on going to Costa Rica this summer.

“You have better chances of going if you host someone,” Ross said, referring to the hosting program.

Chaves spent a wild summer in rainy Oregon. Even though the weather wasn’t his favorite, he said he wants to come back. He thinks he would like to live in California.

“I would love to come back and visit my new friends, some day,” Chaves said.