James Topping and Ty Szymanski, Class of 2014, adventure in Australia and Thailand 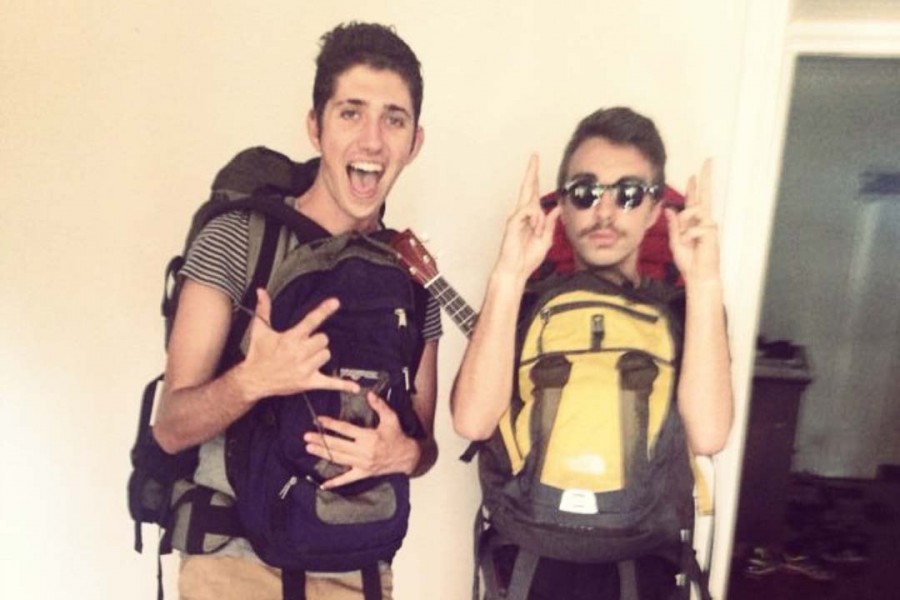 James Topping and Ty Szymanski, Class of 2014, finish their trip traveling through Australia and Southeast Asia. They worked at Kingfisher Bay Resort in Australia to save money for travel expenses and for various activities like scuba diving, white water rafting and surfing.

After leaving for Australia in Aug. 2014, James Topping and Ty Szymanski, Class of 2014, had few expectations about what was ahead of them.

Despite being only 18, Topping and Szymanski found jobs as bartenders for the Kingfisher Bay Resort on Fraser Island, the largest sand island in the world, in Australia. Because of its serene coastline and large, accessible campgrounds, the island brings 350,000 to 500,000 tourists every year.

“Most (Australian) people are used to backpackers and were willing to give us advice and directions,” Szymanski said.

With little to no experience working a bar, Topping and Szymanski struggled with the new job. “After some awkward moments and some bad days at work, I figured out how to run bar just enough to get by,” Szymanski said. “ I kept strong and calm so at the end I was the head bartender and got the chance to redo the menu with my own cocktail relations.”

Despite taking a big step from living in West Linn and going to school, Topping and Szymanski arrived to open arms, immediately feeling at home.

“The people were friendly, eccentric and fully obliging,” Topping said. “The sun was shining, the beer was cold and there was coffee on every street. It really didn’t get much better.”

In the middle of their Australia trip, Topping and Szymanski split up to explore more of the continent. Topping moved north of Fraser to Airlie Beach where the Great Barrier Reef is located, while Szymanski stayed on Fraser Island. After two months of separation, they came together, packing their bags for adventures in Bali and Thailand in Southeast Asia.

Spending time in the ocean was a big reason Topping and Szymanski traveled to Australia’s, as well as Asia’s beautiful beaches. Testing the waters by scuba diving, white water rafting and especially surfing became some of Topping’s and Szymanski’s favorite activities. On one of their many surfing excursions in Bali, Szymanski fell of his board, cutting his head open on the fin of his surfboard. At the Balinese hospital he received seven stitches in his head and along with painkillers only spent $200.

“The hospital was nice, the cost was cheap; I’m honestly glad I got hurt in Bali and not Australia,” Szymanski said.

After Szymanski went off to explore New Zealand on tues. May 5, Topping returned to West Linn.

“My biggest expectation going into my gap year was that I would make a lot of friends, and this has come completely true,” Topping said. “I now have lifelong friends all across the world.”

Topping recommends traveling with little expectation and a lot of curiosity.  He reminds people that even low points can become the best of stories.

“I fled Australia with $1,000 in debt and now might be a wanted convict,” he said. Either way, Topping recollects on his adventures with a positive note. “This experience has been incredible and I wouldn’t change it for anything.”