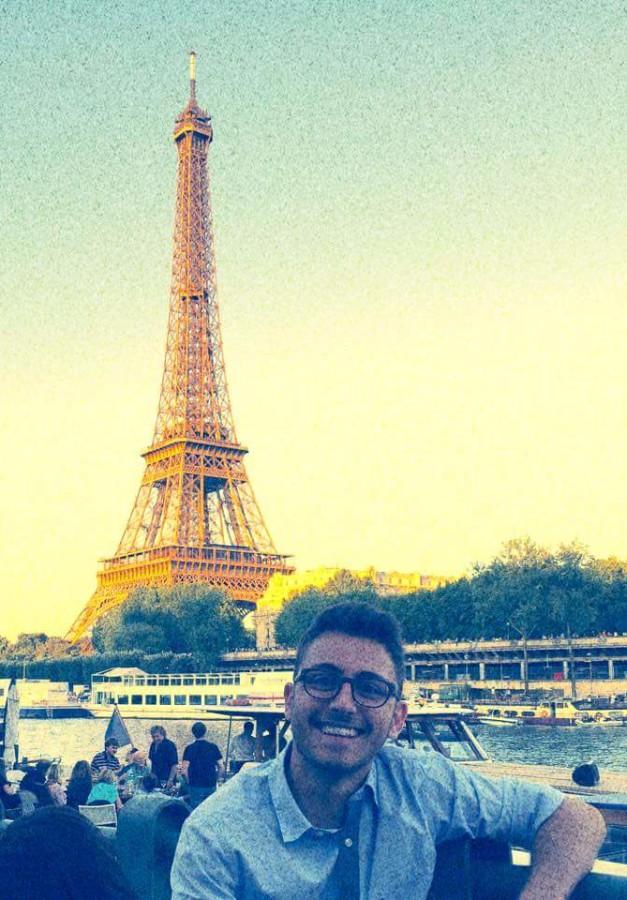 After briefly learning french over the summer of his sophomore year, Barinstein dived head first into french culture by living there for the 2014-2015 year. Through his host families and the local high school in Cholet he attended, Barinstein became fluent in the romantic language.

The minute after stepping off the plane in Cholet, France, Nathan Barinstein, former WLHS student, made a promise to himself; at no point within his year in France would he speak english.

“I was really hard on myself,” Barinstein said, “but I wanted to [learn the language] to the maximum all year.”

Barinstein had the summer to learn the basics but nothing could prepare him for the challenges as well as adventures ahead of him.

One of Barinstein’s first obstacles was using his little knowledge of french language and culture to perform like a local in Cholet’s high school.

“If you took an American school system and striped away– for example chewing gum, eating food, using your phone for any circumstance and then you add strict french teachers that are capable of yelling at you, then you have a french high school,” Barinstein said.

While most American students would be intimidated by the school’s firm rules, Barinstein used it to his advantage. In the mindset he arrived with, Barinstein finished every assignment and never spoke a word of english.

“I really learned a ton and there were so many nice people,” he said. “I met my best friend, Arnoud, in my class. We worked on projects together and it’s thanks to him and his buddies that I began doing improv comedy.”

Barinstein was able to find confidence again with one thing that will always remain familiar to him, the stage. An actor in both theater and film, he was able to share his craft and improve his french through an improv troupe.

“The performance was a big breakthrough for me and my fluency,” Barinstein said. “Afterwards I took a step back and I was like woah I just did that.”

Not only was improv a big development in his language skills but it helped him let loose around his peers.

“The skits were different every time. There was a singing musical TV show and also something dealing with a dangerous and teleporting toilet in a post office,” Barinstein said. “The scenarios were weird because we took suggestions from the crowd but we always managed to make it work.”

Through his newfound language, Barinstein was able to open doors to new languages and cultures. Within the year he was able to visit neighboring countries like the Czech Republic, Germany, Austria, Switzerland, Italy, England, Belgium and Poland. Some people may call Barinstein a travel junkie, but he could not be happier with the title.

“I came to France looking for differences and I was excited to experience them,” Barinstein said. “I kept my schedule open because there’s always things going on anywhere you go.”

While his family is a big support of his love to travel, it was hard for his parents and brother, Skye, a sophomore at WLHS, to become used to the change.

“Having the title [of an only child] was a little bit of a shock,” Skye Barinstein said. “At first I didn’t really notice the change, but after a while, things like sharing the bathroom, food, and activities felt a lot different than they had for the 16 years before he left.”

Since the Barinstein brothers are so close, even though Barinstein was across the world they never ceased to stay in touch.

“We both kept up on each others’ lives pretty well,” Skye said. “It was really cool to learn about his experience during his time in France.”

Skye saw Barinstein’s growth better than anyone could.

“This trip really seemed to open his eyes even more to the idea of travelling the world,” Skye said. He had travelled to other countries prior to this exchange, but they were only for a week or two, and I believe this one really got him hooked on going to as many places as possible to fully experience the culture of the world.”

Barinstein hopes to expand his knowledge of other cultures even further by traveling to Israel, Morocco, the UK and Brazil in the coming years. With the little time he has left before his next trip, Barinstein is attending Portland Community College to take care of some credits and begin his schooling in film making.

“I think my love for storytelling had me always gradually moving in [the direction of film,]” Barinstein said. “I think I want to play a role on both sides of the camera, but if I didn’t participate behind the scenes, the messages I’d like to send wouldn’t have the kind of power I’m looking for.”

After a year in Cholet, Barinstein was able to keep an open mind and learn from every person he lived with, or even met briefly.

“I had four host families and every single one lived a different way,” he said. “My final impression is that [France is] a far richer culture, language and way of life than I ever thought.”