After ten months of escapading throughout France, Kyla Minato, senior, returns to the United States 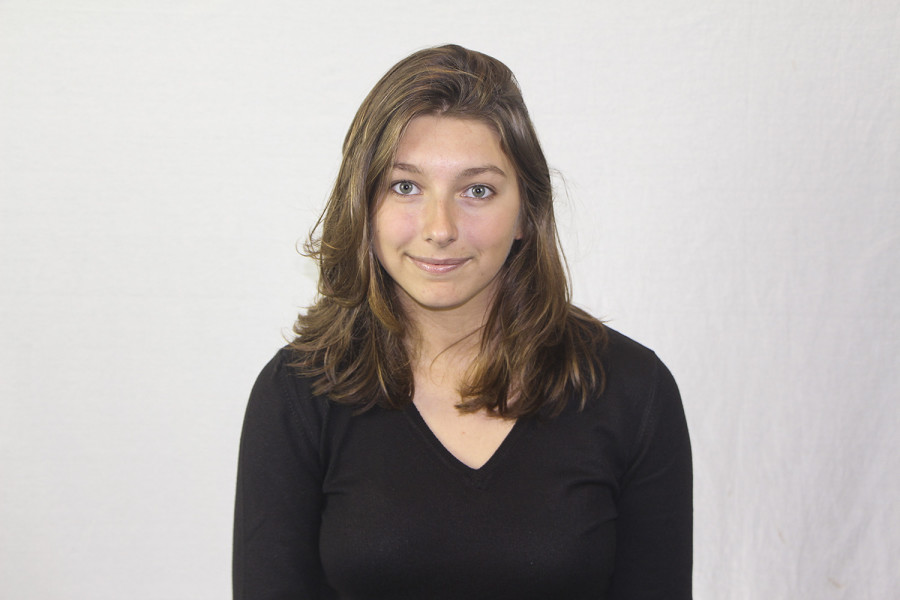 Kyla Minato, senior, spent almost a year in France and just returned home on July 5. Minato is now fluent in French and during her stay she fully immersed herself into the French culture.

Embarrassing is the only way Kyla Minato, senior, can describe her French at the beginning of her travels.

“It’s really the only way I can put it, no one knew what I was saying,” Minato said, “so many things got misinterpreted, looking back it’s actually really funny remembering what I would say by accident.”

After living in France for almost a year Minato finally returned home on July 5. Although it was a relief to be back in the United States, she is now beginning to miss the everyday life of living in a small French town.

“I miss everyone,” Minato said, “you end up being best friends with not only the french students, but with the international students.” She has made plans to visit multiple people she met in a couple years, one of them being Bassem, a exchange student from Egypt.

“I lost a stupid bet and for losing it he is making me come live in his house in Egypt with him,” Minato said, “Don’t get me wrong, I can’t wait to stay there! But it’s going to have to wait until after college.”

Looking back to Sept. 2014 when Minato spoke with her parents about going on an exchange for the duration of her junior year, there was no doubt in her mind that she would go to France.

“The culture really grabs me,” Minato said. “I don’t know what it is, I just find it so fascinating and intriguing, I always have.”

Minato, as well as her parents, put an immense amount of thought into her travels and unlike other parents, they never questioned if it was right for her to go.

“They understood that if you really think about it, sending me off on an exchange is not much more than if they’d be paying for everyday expenses of me living at home,” Minato said, “they agreed an exchange would be a good idea because this way I could experience another culture and perfect another language while I’m still young.” Traveling to France at this young age really did pay off– Minato claims that she learned more french in a week than in three months of sitting in french class at school.

“Being in the country of the language you’re learning makes a huge difference,” Minato said, “not only in being able to memorize the words, but also in making the right ‘sounds’ and perfecting the accent.”

Not only did Minato become fluent in French from her travels, but she also made numerous memories, perhaps her favorite one happened on the second friday of her stay. It was lunchtime; she was sitting in the courtyard of her school with her fellow international students and some french students.

“It was a beautiful day,” Minato said, “all the french students were smoking cigarettes while explaining to us [the international students] what the disney princesses’ names were in French.” What made this moment so special to Minato is that it was the first time she thought she fit in and finally felt like she had friends.

Minato also loved her host family and really misses them.

“They really are my family now,” Minato said, “I even consider my host brothers my real little brothers, and they call me their big sister!” Despite missing her host family, nothing compared to the absence in France she felt from not being able to be with her best friend, Ellie Meyer, senior.

“We talked twice a week for the entire time I was gone,” Minato said, “seeing her when I returned home and finally saw her again was amazing.”

“I first saw Kyla once I got out of rehab,” Meyer said. “I was a complete trainwreck without her and I was so happy and relieved to finally see her again.”

Minato’s travels have inspired her to be a interpreter for the United Nations and in addition to her French, she is currently working on her Spanish, Russian and Arabic. She is also hoping to go to college in France.

“Ideally I’d love to go to Sorbonne, a university in Paris,” Minato said. After almost a year in France, Minato discovered what job she wanted to pursue in her life and she learned to appreciate French culture.

“I can’t wait to go back to France, to go to college and to continue traveling throughout my life.”