We’re not in Kazakhstan anymore

Nurayam Shayzada, senior and Kazakh exchange student flies to the US, inspired by the American Dream 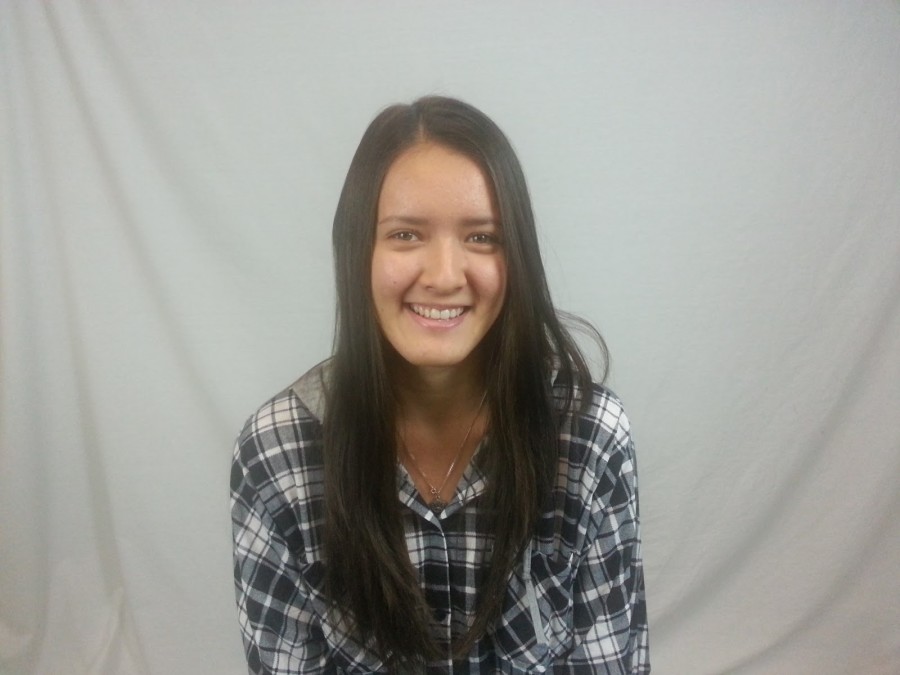 Nurayam Shayzada, Kazakh exchange student, enjoys watching American T.V shows like “Friends” and “American Horror Story” in her free time. She is staying for a year with James and Jennifer Meagher, her host parents and their two adopted children from Kazakhstan to improve her English and learn independence.

Every morning, Nurayam Shayzada, senior and Kazakh exchange student, wakes up to taste food she’s only heard about, experience a culture she’s never lived in and speak a foreign language she isn’t confident in.

Months ago, after hearing about a competitive all-expenses paid exchange student program funded by Foreign Links Around the Globe (FLAG), Shayzada decided to apply.

“I thought of the American Dream,” Shayzada said. “I wanted to see if I could really do it.”

To qualify as a potential exchange student, she had to write several English essays, participate in multiple interviews and take many language-proficiency tests. However, the essays, interviews, and tests weren’t a problem for Shayzada: she had been learning English since second grade. Her true problems began surfacing after landing in the United States after a tiring 36-hour flight.

“Everyone spoke so fast and fluently,” Shayzda said. “I was afraid no one would understand me.”

Now, thanks to attending WLHS and joining the cross country team, Shayzada’s English has not only improved, but she’s also made a lot friends through it.

Between Kazakhstan and the US, one of the blaring differences Shayzada noticed were the school systems. In Kazakhstan, schools are usually a conglomerate of first to eleventh grade. They start  at 8:30 and end at 1:30 and students have no freedom to choose their own classes. Their only options are to take the varying levels of basic core classes like math, science and language arts.

Earlier, Shayzada visited one of Oregon’s most well-known landmarks, Multnomah Falls and even flew to Florida to experience the world-famous land of happiness, Disneyworld. Her favorite American food is peanut butter and finds it strange when people she’s never met greet her.

“I love it, I wish people in Kazakhstan did it too,” Shayzada said.

Shayzada looks forward to making more friends and experience an American-style graduation with WLHS’s Class of 2015 at the end of this year.