It Runs through the Family 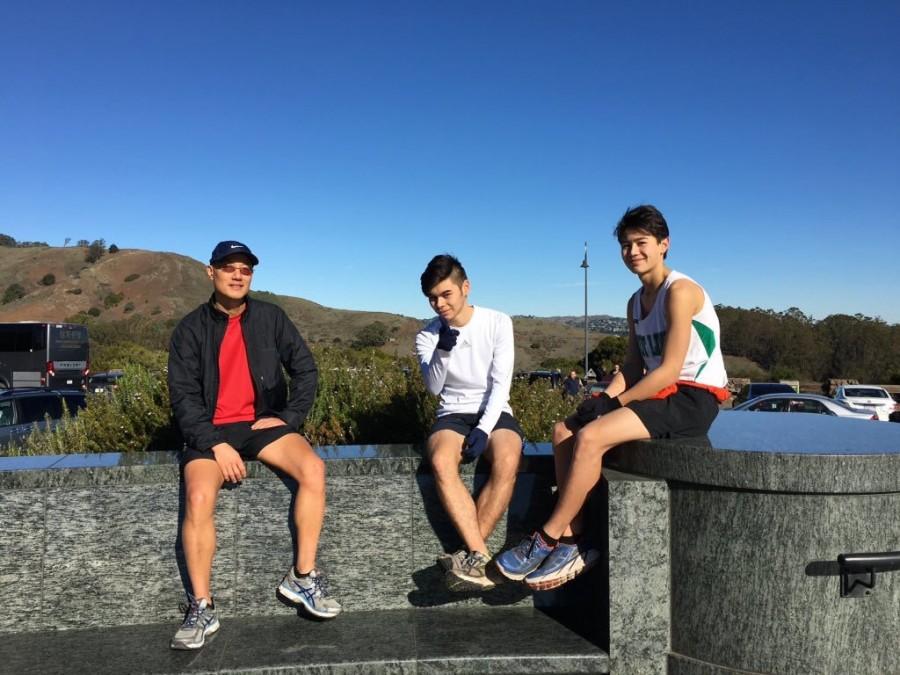 Courtesy of the Yotsuya Family

Toshi Yotsuya, father of Neil Yotsuya, junior, and Graham Yotsuya, freshman, relax after one of their many runs.

Trails and tracks fill the minds of Graham and Neil Yotsuya on any given afternoon. Almost every day of the week the duo can be found pounding their track spikes into the many trails surrounding their small hometown of West Linn. Running is second nature for these brothers.

“I started cross country in seventh grade just get to know people and get in shape,” Neil Yotsuya, Junior, told us, “after that I was hooked and kept coming back.”

“Once I met Jay I knew I wanted to continue with track and cross country,” Neil said, “he’s a fun coach to have.”

The two brothers agreed that really the point of cross country is to be with friends and to better yourself using the help of others.

“Really nobody likes running, but when you run with friends you forget how awful it is and just enjoy the time with everybody, then after a while you’re in great shape.” Graham Yotsuya, freshman, said.

According to both of them the only competition in cross country is with themselves, not fellow runners.

Graham however has posted a time of 18:02 minutes, besting his sibling by almost a minute and landing himself a spot on the Varsity team.

“I’m super happy for my brother he works really hard and is really talented, it’s exciting to have a really good Varsity squad this year.” Neil said.

“Really at the end of the day we run Cross Country to have fun with our friends,” Graham said “It’s not about competing. But when competition is brought up, we treat it like a competition with ourselves.”

Outside of cross country the brothers can almost always be found either playing video games or basketball. Graham also plays baseball when he’s not running with the team, while Neil plays in the school symphonic band and Jazz Band. Both plan to continue running on the track team and next year’s cross country team. Both Neil and Graham look forward to running on varsity next year together.