One note at a time 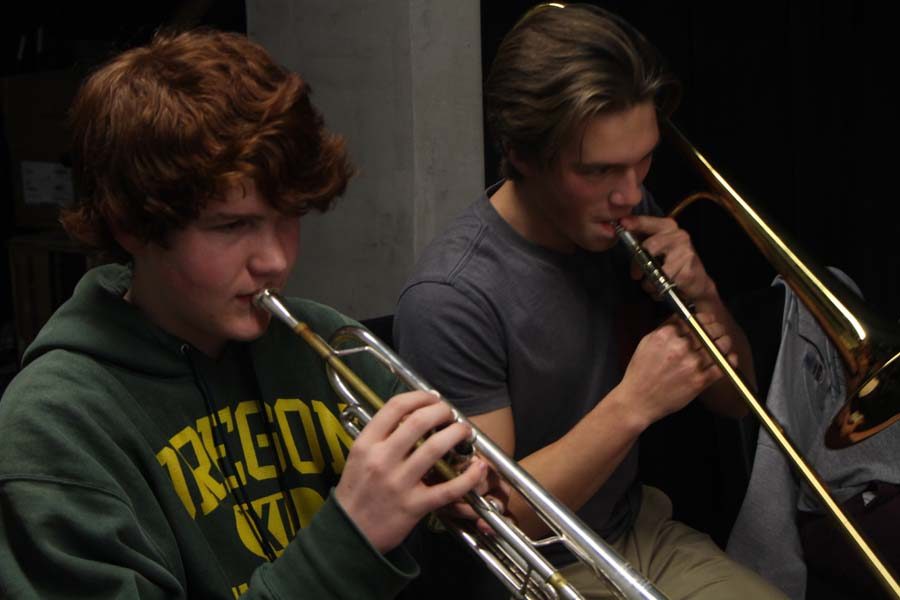 Since 1924, the Portland Youth Philharmonic has gathered ensembles of excelling student musicians to play major orchestral works. This organization serves the purpose of enriching the lives of its members by exposing them to major orchestral works through rigorous rehearsals. This year, WLHS holds the largest delegation of students from a singular school in PYP, with a total of 9 students participating in the orchestra. These students are Tina Glausi (12), Lauren Griffith (11), Daniel Tang (12), Dana Lambert (12), Jake Nielson (12), Eaton Lin (12), Jenny (11), Leann Kim (12), and Noah Gardener (12).

“I was honored to be invited to play with the group this year,” Gardener said “this is my first year in the top ensemble, and my third year participating in the organization.”

Gardener went on to explain that the PYP organization is composed of several different ensembles, the top of which is the Portland Youth Philharmonic(PYP) . Below that ensemble is the conservatory orchestra (PYCO), which is then followed by the youth wind ensemble (PYWE). Gardener currently plays french horn in both PYP can PYCO.

“I actually got moved up to PYP part way through the year,” Gardener said “Somebody left for personal reasons and they asked me to join them. I was happy to.”

Kevin Egan, WLHS band teacher, sees the large amount of students participating in the program as a very positive thing.

“Being in PYP is a very large commitment,” Egan said “Seeing so many of our own students participating is nice because the motivation they have to play spreads around our own band.”

Both Egan and Gardener look forward to a successful year for the WLHS Symphonic Band, which placed 4th in the 6A band category at last year’s OSAA State Band Competition.
“It’s been a great time so far in school band and PYP.” Gardener said “I hope we do everything we can to end on a high note this year.”