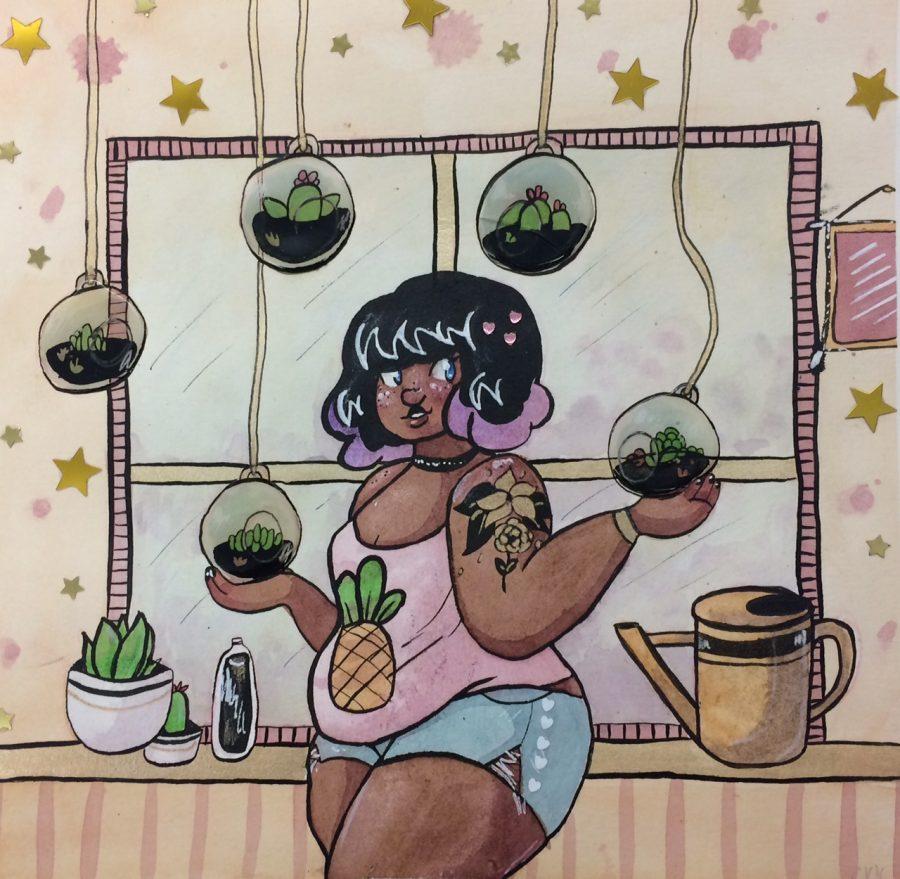 The highest award at the regional level is a Gold Key, which Chaney Kuepker earned in Drawing and Illustration with “The Plant Witch.” Her piece is now eligible for a national Gold Medal.

Of a nationwide total of more than 300,000 submissions, two artists have an honor that only 5 to 7 percent of applicants receive.

These two, along with 15 others, were recognized with a total of 39 Scholastic Art Awards. The Portland Metro Region announced the recipients Jan. 23.

Submissions to the art contest opened Sept. 14 and closed Jan. 20. Artists received an extended deadline due to weather.

“I think participation is the main purpose of the competition,” Gauthier said. “Winning awards is a wonderful thing, but preparing a work for submission is a beneficial process in itself.

At the regional level, students from seventh to 12th grade can submit art or writing that they’ve created within the last year. Judges then award Honorable Mentions, Silver Keys and Gold Keys to noteworthy pieces. Gold Key and Art Portfolio-winners are invited to attend a ceremony at the Portland Art Museum on Feb. 21.

At the regional level, only 5 to 7 percent of works earn Gold Keys. These works then continue to national judging for Silver and Gold Medals. National Gold Medalists are invited to attend the national ceremony in New York.

“Our number of entries this year was about the same as last year,” Gauthier said, “Close to 100 entries.”

The award-winning art will be shared in a number of ways. Currently, the Gold Key works are on display at the Pacific Northwest College of Art. Free and open to the public, the exhibition goes through Feb. 22.

In April, artwork will be shared at the West Linn Public Library.

For those interested in submitting work, submissions for the 2018 season open Sept. 13. Gauthier and Breyne also suggest a variety of other competitions.

The District Art Show, held at Art Tech High School, will be April 8.

Nikon hosts a photography contest whose entry period closes Feb. 27. Breyne also watches the West Linn Tidings and the Oregonian for other opportunities.

“[Competitions are] a chance to have your work judged by professionals and also seen by students, artists and adults around the Northwest,” Breyne said, “To honor the hard work, creative work they do.”

Here are all 17 students and their awards, in alphabetical order:

Michael Kim, senior, received one Honorable Mention in Painting and two in Photography.