Matthew Snyder, sophomore, lights up the stage in Stumptown Portland's production of Rock Of Ages 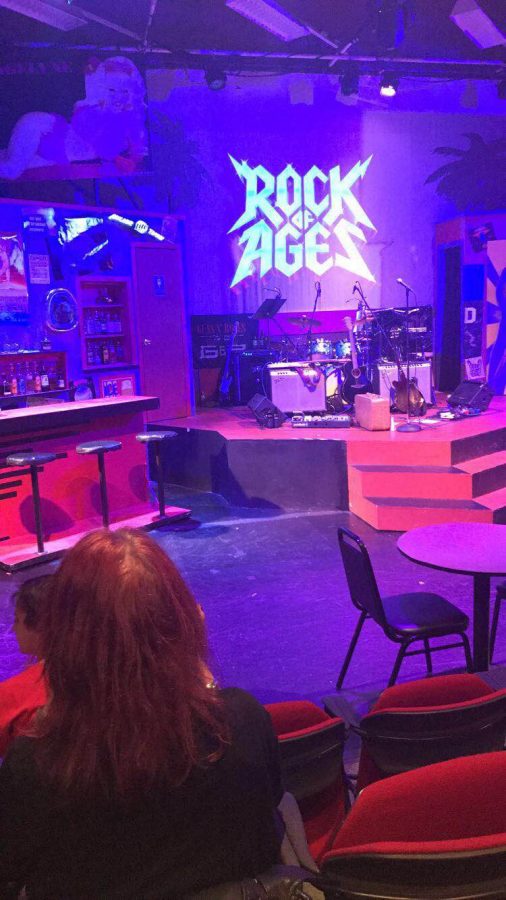 Rock of Ages at Stumptown Portland brings the 80's back in a intimate theater setting.

While most teens have a job making pizza or babysitting, Matthew Snyder, sophomore, has a far more interesting day job. “Working professionally has been so fun,” Snyder said.  “I’ve been working with professional musical theater companies since I was ten,”.

Snyder plays the role of Franz in Stumptown Stages production of Rock of Ages. Being on stage is something Snyder is used too, after years of working with professional companies and earlier this year being the lead in  the winter musical as Gomez Addams in the winter musical of Addams Family

“It’s a blast to do every night! I learned a lot from the cast of Rock of Ages, our lead Drew (played by Jon Conver) has played the role many times and originated it in the off Broadway production workshops.” Snyder said. “ He taught me a lot about his experiences and what it takes to be on tour,”

Working with a professional cast has introduced Snyder to new opportunities in New York. “Our director David Marquez is a Broadway veteran,” Snyder said. “He has worked with Chita Rivera and Lin Manuel Miranda, he has become my mentor and I’m going to live with him over the summer and train in New York,”

Snyder’s confidence and charisma shined on stage during the production. His humor was radiant and made the audience have a good time. The most prominent scene for Snyder included him ripping off his tuxedo to reveal a rainbow leotard and sing Pat Benatar’s “Hit Me With Your Best Shot”. Somewhat shocking to the audience, Snyder pulled off the scene with confidence. “For me, there’s not much too it. I can express myself by doing things like that.” Snyder said. “It’s easier for me to dance and sing around in a rainbow leotard than give a speech in front of one of my classes.”