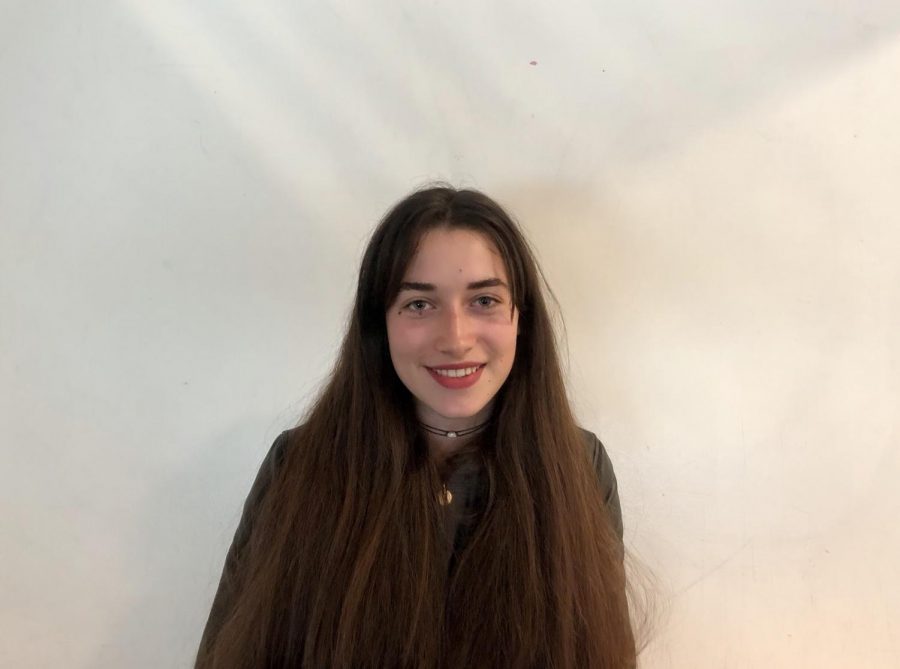 Sitting on the nine-hour plane ride from Paris to Portland International Airport, senior Lucile le Henanf says she didn’t feel nervous; she felt ready for the new chapter of learning about a culture other than her own.

“I wasn’t stressed or anything. I actually felt really good.” Le Henanf said. “I felt really excited and ready to arrive in the U.S.”

Le Henanf is one of the few exchange students studying at the school this year. She lives in the French city Brittany, an urban county on the west coast of France. Le Henanf will be in West Linn for a total of 11 months with the McCarthy family, but she says that she sees her time abroad not as something that intimidates her, but something that excites and intrigues her.

“Sure, I was stressed before, but then I was excited.” Le Henanf said. “I think this is going to be a very good year.”

To live and study abroad can seem like a scary thing to do, but for Le Henanf, it’s nothing new. Le Hananf says she has stayed in the U.S. before, starting when she was just three years old. After living in places such as New York and Washington D.C., Le Henanf was ready to come back for a longer time. She says she isn’t afraid to try new things, but this “new thing” will take some adjusting to.

As someone who has never been afraid to try new things and has always wanted to explore cultures other than her own, Le Henanf believes there are plenty of benefits to studying abroad.

“I believe there are benefits of traveling internationally,” Le Henanf said. “Things like discovering new cultures and meeting different people. But I think most importantly, just to open our minds.”