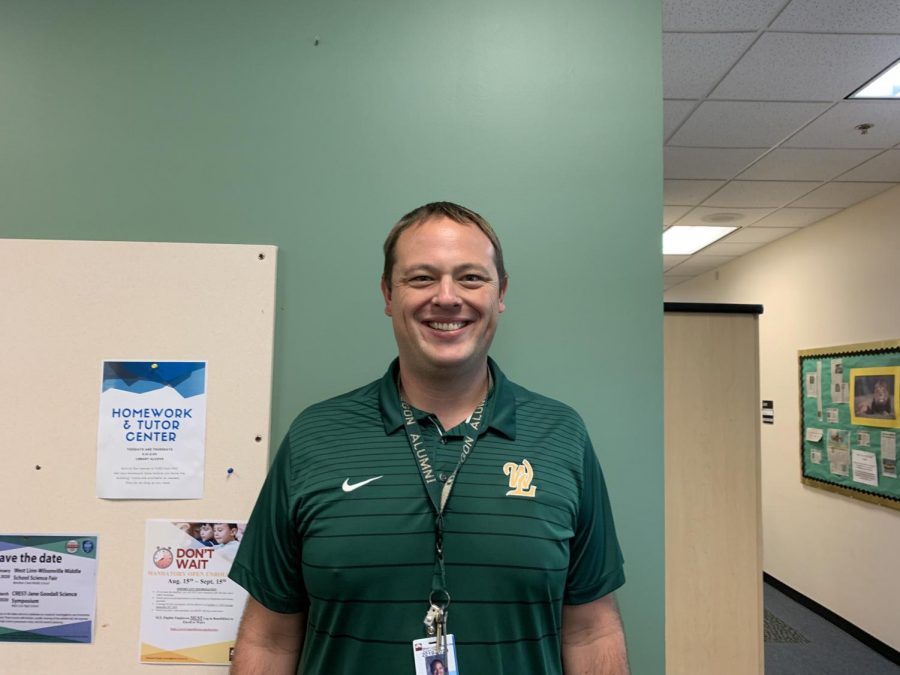 Most students may not think much of their administration, but it doesn’t take much to learn about a friendly face in the halls. Most people know Trevor Menne as one of the three assistant principals, who has worked at this school since 2006. But what they may not realize is that he was once a student here in the graduating class of 2000.

Menne was your average high school student. “I was a basketball player, but I was also pretty quiet,” Menne said. He also mentioned that even though he was on the basketball team, he wasn’t really involved in anything else, such as clubs or other sports.

But Menne never anticipated returning to the high school he attended. “I was an engineering major, and then decided I wanted to go a different direction and changed my major to psychology,” Menne said, which leads to where he is today.

Some of the teachers Menne had while he was in school are still teaching today. “I had Mr. DelFatti and Mrs. McDevitt,” Menne said. “They were both fabulous teachers.”

A typical day-to-day schedule of an assistant principal consists of, “meeting with students, helping with solving problems or thinking through schedules, along with working closely with teachers,” Menne said.

Outside of work, Menne enjoys attending lots of concerts. “I was actually at a random concert last night for John Bellion,” Menne said. “And if I could see anyone dead or alive, I would like to see Jimi Hendrix live.”

Besides attending concerts, Menne enjoys spending quality time with his family. “I have three young kids,” Menne said. “I have a third grader, first grader and a three year-old. This summer we did a lot of swimming, camping, fishing, and a lot of outdoor stuff.”

His favorite activity to do with his family is hiking. “I like hiking anywhere in the Gorge,” Menne said. “I really liked hiking Punchbowl.”

Being a part of the West Linn community since the mid-90s means seeing big changes throughout the years. “I think it’s not only celebrating what our past has been, but having that opportunity to think about what next,” Menne said. “What’s our next hundred years going to be like? How are we going to keep growing and changing as a community for those for the better?”

His one important piece of advice for freshman and new students is to, “embrace this time here,” Menne said. “Put yourself out there. It’s a little cliche, but there’s real power to that.”