A story to tell

The 20-year journey that led this science teacher to write a novel series. 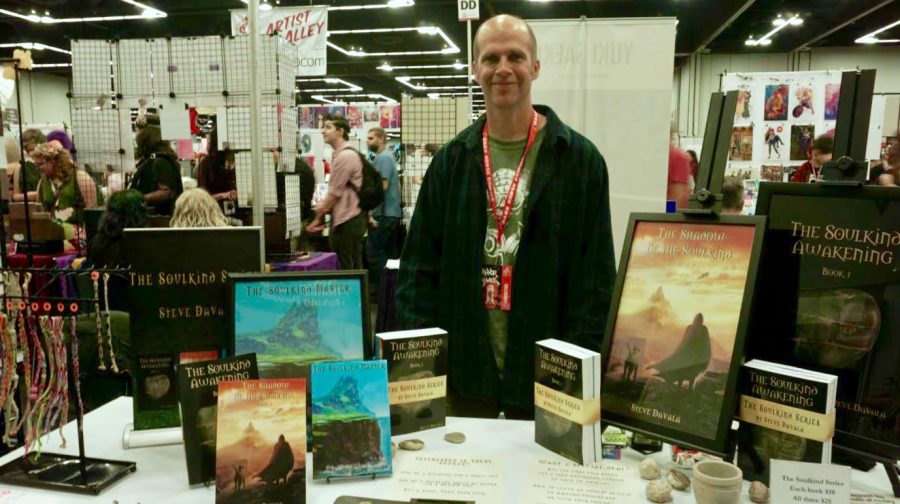 The challenging pursuit of our childhood dreams can be easy to lose sight of over the years. We can get caught up in other things, whatever they may be, leaving our hopes for the future buried under the dust-covered reality of practicalities. This wasn’t the case for Steve Davala, chemistry teacher and author of the “Soulkind” series.

“I’ve written ever since I was a kid,” Davala said. “And I used to like to write in journals, tell stories to people, make things up and make comic books.”

While Davala is known as a science teacher around the halls, his interests in writing stem from a passion he developed at a young age. In high school, Davala used to have a comic series in the school newspaper, which ranged from kung-fu stories to detective mysteries. However, it wasn’t until college that Davala realized he could pursue writing on a deeper level.

“I never thought that I would be able to write a book until I was in college, and people were taking creative writing courses,” Davala said. “And meanwhile, I’m taking science and math classes like a sucker. And I’m like, how come I can’t write a book?”

The “Soulkind” series was a process that Davala started in 2001, the first summer after he started teaching. The series, a young adult fantasy, follows the protagonist, Jace, as he navigates a world built around magic. It was previously locked away, but now a thousand years later the magic is returning, leaving Jace and his friends to battle with the good and evil in society.

There are parallels to “Harry Potter” since the novels deals with magic, but Davala tried to create his own story when writing the “Soulkind” series. “I try not to be too influenced by stuff,” Davala said. “You try to make your own world.”

The first book of the series came out in 2013, followed by the second in 2016 and now the final one in August of 2019. Davala self-published all three of his books, which posed challenges when it came to getting the word out.

“I’m not really good at that, being a self-promoter,” Davala said. “I like the writing part, and the creating, and just having it, but then going out and promoting is tough.”

In order to spread the word for new fans over the release of his books, Davala has attended the Rose City Comic Con the past two years. In contrast to last year, where only two of the books were complete, this Comic Con Davala was able to promote the entire series.

“Just having the final trilogy done, having a nice little box set, just feels like I have a finished product,” Davala said. “It feels really good to just get out and share it with people.”

The “Soulkind” series can also be found on Amazon, and has recently started being made into an audiobook for fans.

The 20-year “Soulkind” series journey is closing, but that doesn’t mean Davala is done with writing.

“It took me a while to realize in life, you do what you like doing,” Davala said. “I mean, I love teaching, but this also gives me the opportunity to write.”

Davala currently has plans for a future book, a standalone sci-fi story set on another planet. As for the “Soulkind” series, Davala will be giving a talk at the West Linn Public Library on Dec. 14 at 2 p.m. over the writing process and how to create a fictional world.

Davala may be known as a science teacher, but his writing is a reminder that all dreams, no matter what they are, deserve the opportunity to be dusted off and fulfilled.