The story of PAWS Animal shelter. 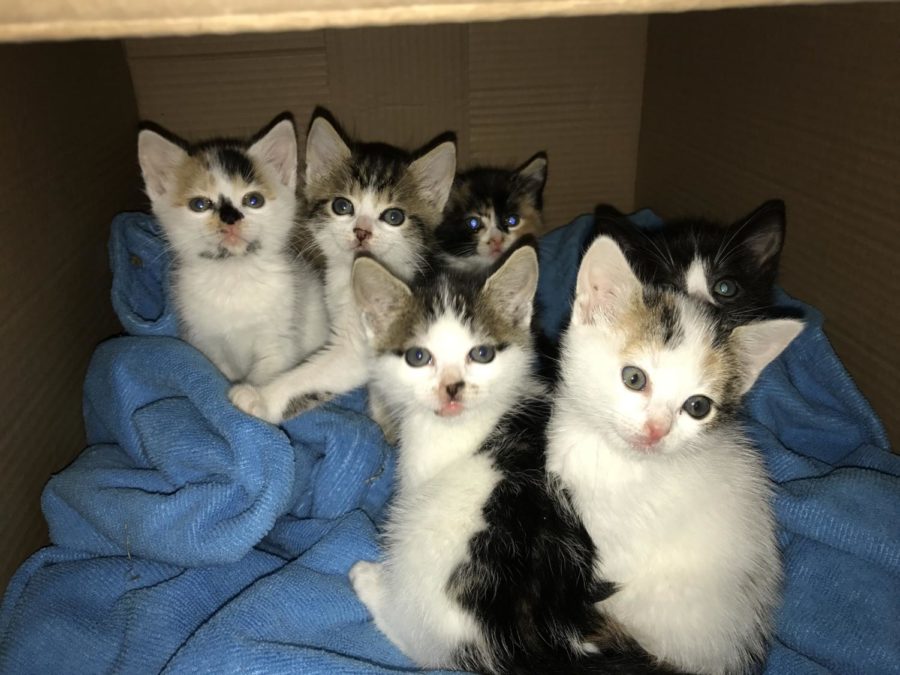 This is a batch of feral foster kittens who were found in a bush on the side of the road in July 2017. They came in sick and were starving when they were brought into PAWS.

Running a business is hard, especially when you are all alone. Sharon Murphy, the owner of North West Oregon Animal Alliance doing business as PAWS Animal Shelter, has been running PAWS for 22 years. This is her story.

PAWS is an orphanage and adoption program for all different kinds of animals. About 15,000 animals have been rescued, including cats, dogs, horses, ducks, chickens, cockatiels, pigeons, goats, lambs, rats, and even a pot belly pig.

This shelter is not very big, but the community it has created is amazing. Recently on June 23, the small 650 square foot building that the animals called home got shut down after Murphy was not able to pay for the tax on the bills. It was devastating news about the little building no longer being there.

“I wanted to continue this program so that is what I did,” Murphy said. “I have made so many friends that have always helped me through my problems, it was time to go online.”

For the past six years my family has been involved with PAWS including volunteering, donating, and fostering batches of newborn kittens. Not only does Murphy take care of all these animals, she has help from volunteers, and teaches others how to take care of these animals so they can find a healthy happy home to live in.

“Everyday can be an emotional roller coaster,” Murphy said. “In many cases, we are dealing with people who are going through a personal crisis and needing/wanting to rehome their pets.” Every day she gets multiple calls about kittens in need of help that are dirty and hungry and even injured. Even though most calls are in need of help, some people don’t take things seriously and sometimes can be rude to Murphy because of her busy work schedule.

“We hear a lot of disappointing things from people, but it never gets easier,” Murphy said. “At this point my sleep deprivation started to get the better of me.” When Murphy cannot find a foster home to take in an animal for a short amount of time, she has to take them in herself. She usually has over ten kittens in her house that she is helping at any given time, as well as her elderly cat and dog. Injured and feral kittens need lots of attention and care, making it a 24-hour job.

“Many people have very little knowledge of the inner workings in an animal shelter or rescue,” Murphy said. “Even as a volunteer they only see a small portion of what goes on.”

Rene Cooper, has been working with PAWS and has started volunteering with the help of me as well. In total she has fostered ten batches of kittens and adopted two of our own now. That is a total of about 60 kittens that she has nurtured and fed in order to help them get healthy and ready to be adopted. Not all animals can be helped in time to be saved, and it can be extremely stressful and scary when they may be sick. Things like learning how to tube feed, giving them medicine every five hours, changing bandages, and even giving vaccines. Not all cases are like this, but some are and you have to be prepared for the worst. Sometimes things happen and the animals don’t get healthy but Murphy is always there and willing to help.

PAWS also specializes in feral kittens. These kittens are found in the wild, and have no previous contact with any humans. Once these kittens are found, they get cleaned, have interaction with humans, get healthy, spayed or neutered, and are in a safe environment. Once this process is over, Murphy gets ready to promote the new adorable kittens for adoption.

The adoption process for PAWS is very simple, requiring only background information and a small fee. Murphy is very serious when it comes to each animal having another animal that is the same species to interact and play with when the owner cannot. If you already have a young cat at home, you may adopt one cat, but if you don’t you would need to adopt two. In this organization the number one goal is to get new kittens homes and get them out of a situation that could be deadly.

“My number one goal is to help these animals and get them out of their bad situations. I will overwork myself in order to get them back into good health,” Murphy said.