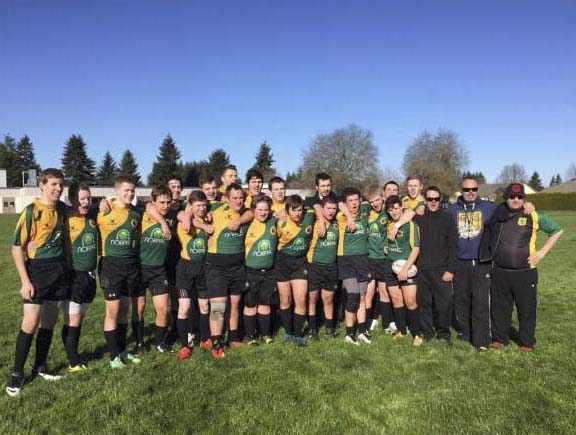 The West Linn Boys Rugby Team beat Columbia County 35-0. They are scheduled to compete against North Clackamas on April 18 at Clackamas High School at 11:30 a.m.

Many players contributed to the total of 35 points. Dylan Minter, sophomore, helped by scoring three tries. A try in Rugby is similar to a touchdown in football with the main difference being that it only awards five points as opposed to six. Tyler Harmon, junior, scored two times, adding 10 to the total. Joe Cozzi, senior, scoring twice, also put 10 on the board. Others including Nathan Braun, sophomore, helped solidify the win.

West Linn actually scored 48 points, but due to league rules, a team is only allowed to win by 35 points. Columbia County didn’t put up much of a fight. However, last week was a different story. West Linn lost 0-35 against Eastside. Continuing after their recent win, West Linn now prepares for its game against North Clackamas on April 18 at Clackamas High School at 11:30 a.m.