Concussion protocol is the new norm

Previous incidents have led to new protocols regarding concussions 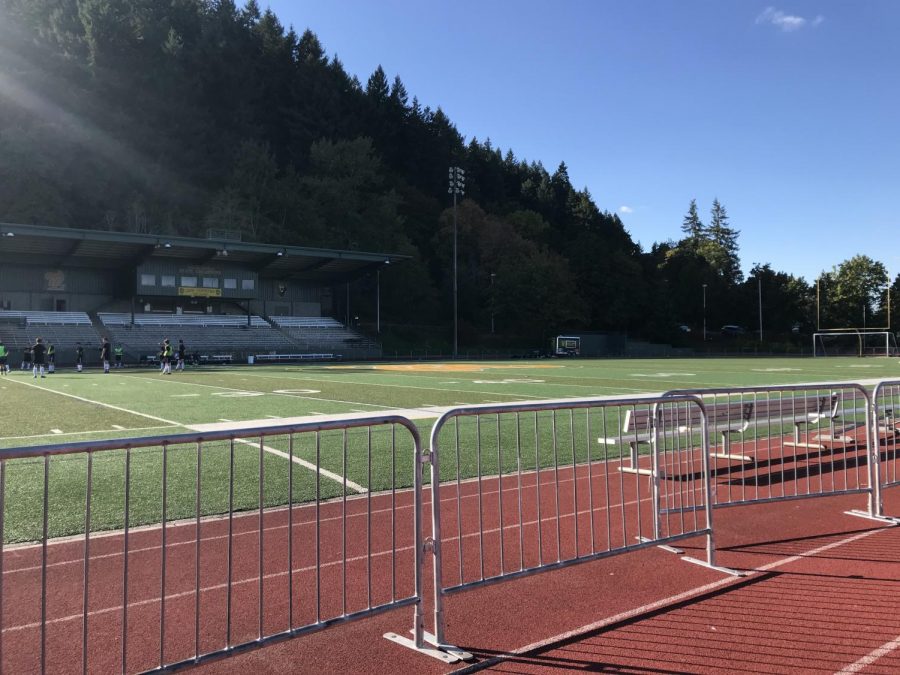 Over the past few years, concussions and concussion protocols have become a hot topic within the sports world.  As more and more research is being conducted, further proving the causes and risks of concussions, more protocols are being put in place to ensure the safety of an injured player.

In the past few years, Oregon has been putting in place legislation such as Max’s Law and Jenna’s Law.  These laws established the guidelines for recognizing concussions and establishing protocols for the return-to-play policies.  Along with these new laws, many coaches and umpires are being put through training in order to follow the new protocols properly.

Jeff Geertz, who has been coaching youth sports for 18 years, has been able to witness the new changes being put into place over the past few years.  In the past if you received a potential concussion, you would have to just, “suck it up and deal with it,” Geertz said.  But today, that’s not the case, there are now concussion protocols to prevent that from occurring. In order to coach, every year he has to take a mandatory three-hour online class on concussion protocols and how to diagnose if someone has a concussion, followed by a multiple choice test.  The athletes and their parents also receive training on concussions and what to look for at the beginning of every season.

Similarly, Eric Mills, who coaches football and is a licensed physical therapist, also had to take a mandatory class on concussion protocols and what to look for if a player received a potential concussion.  The class was online and was followed by a test. Mills also provided a less stringent view on concussion protocol and management. From his football perspective he relied mainly on the use of protective gear along with a proper tackling technique that avoided the use of the head and helmet, but, “sometimes they just happen in the game and there is nothing we can really do to prevent a concussion ” Mills said.

Erica Bierman, who has been coaching a youth soccer league for two years, also has to take a mandatory online class on concussion protocols, followed by a multiple choice test that, “you can take as many times as you need in order to pass,” Bierman said.  She also noted that in order to coach for her league it is required to be background checked and have passed the class on concussion protocols. Like the coaches in her league, the parent volunteers and assistant coaches are also required to pass the class on concussion protocols.  Similarly to Mills and Geertz, Bierman also trains the athletes on how to prevent concussions and other injuries by protecting themselves and by following good sportsmanship. Bierman also went on to explain that she feels that not enough is being done to protect and educate the kids in her league and in other sports as well.

In the past few years there is a growing focus on the impact of concussions within sports and the need to reduce or eliminate this injury and some coaches, such as Mills, feels that “enough is being done,” while others such as Bierman feel that enough is not being done and that, “we need to do a better job of educating our kids.”  Today, the focus is on recognizing and properly treating concussions to prevent a risk of playing with a concussion, which if unrecognized poses the risk of receiving a second and more dangerous concussion.