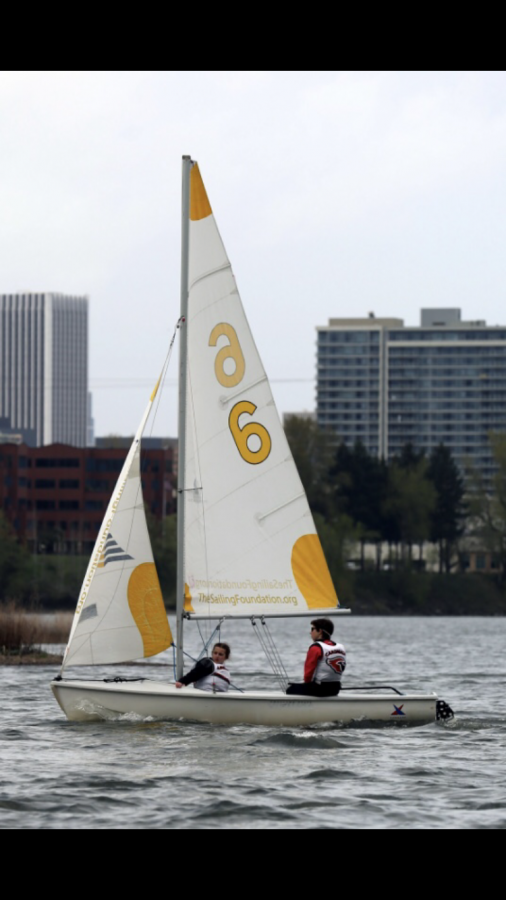 Our high school offers a variety of different sports and activities, but as of this spring another one has been added to the list: a sailing team. The unique sport of sailing was recently brought to West Linn by Ella Notdurft, sophomore who has been sailing with club teams for over six years now.

Unlike other sports, sailing is different in the fact that students will be competing against other schools, but they will also be working with them as one team.

“It’s kind of team oriented, but it’s also self oriented,” Notdurft said. “So you have a team, but a lot of it is self driven.”

The team that West Linn has joined is part of a larger high school group from schools all around the Portland area. Most of the 35 students that make up the team are from Benson Polytechnic and Lincoln High School, but there are also sailers from Central Catholic, St. Mary’s and now West Linn.

Right now, Notdurft is the only member representing our school, but she hopes for more people to join as the season goes on in order to fill a full high school team.

Regattas are the name for the sailing competitions that the team competes in. They typically last two days, almost every other weekend, and will be held in locations such as Seattle, Newport and the Gorge. In order to prepare for these, practices are held on Tuesdays, Wednesdays and Thursdays from 4:00-7:00 p.m.

Since Notdurft is currently the only member from our school, she sails with different people each competition, which is why she is looking for five more students to join. “It kind of unifies the team as one so that you sail with the same person every day,” Notdurft said. “And you kind of get to know someone really well versus if you don’t have a full team, you’ve got to bounce around from person to person who also doesn’t have a whole team, and you never really get to improve with the same person.”

Since 40 students is the maximum number allowed in the program, there are only five spots left open. “The season started about a month ago, but it’s not too late to join,” Notdurft said. With a full team of six, sailing can work its way into becoming as popular as the other sports we invest time in supporting.